Who will she be? There are 8 just incredible woman who participate in te pageant. We will introduce them to you one by one, we have had half, here she is… 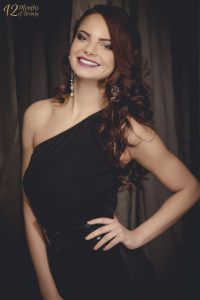 For both the national as the international beauty pageant lovers, Laura Ghobrial is no newcomer. She participated in pageants like Miss Teen of Drenthe 2015, Miss TT Festival 2015 and won the Miss Eco Netherlands 2016 and represented the Netherlands at the second ever held Miss Eco International in 2016. She became a semi-finalist, although many believed she should have been in the top 5.
Laura is 20 years old and she studies at Nyenrode, New business School and has a bachelor in Business Administration.
Laura has many ambitions and hopes one day to be a Victoria Secret model but she also would love to study at Christie’s or Sotheby’s to specialize in Chinese Contemporary Art.
She is convinced that she is ready for the big stage of Miss Grand International. During her reign as Miss Eco Netherlands she gained more self-confidence and she is even more motivated and has more passion to achieve much more than she did at the Miss Eco International finals.