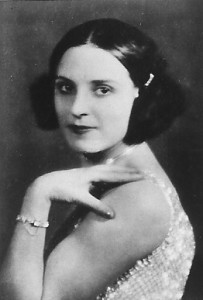 Miss Holland 1929: Jopie Koopman. Back in 1929 the magazine “Het Leven” (the Life)  organised the first Miss Holland pageant. The place was the  Tuschinsky theatre in Amsterdam. The jury were all men, like poets and painters. Also a member of the jury was head editor from “Het Leven”, mister Tuschinsky himself. The winner would go to the Miss Europe pageant in Paris. And if Miss Holland would be a finalist she also would go to the Miss Universe pageant in the USA. In the city of light, Paris Jopie became third runner up and she gained a ticket to Galveston, Texas