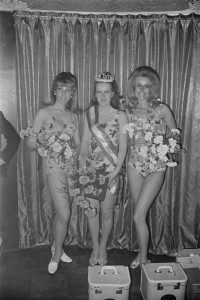 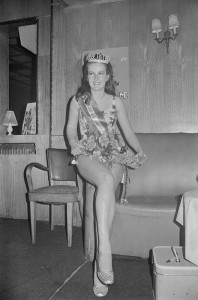 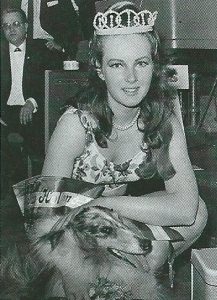 Welmoed Hollenberg, herself was probably most surprised when she was crowned Miss Holland 1969. During he rehearsals that afternoon she wasn’t even placed among the finalists but on the big night she convinced the jury that she had to be the winner. One of her prices was beside a car also a winddog (see picture above)
In all the newspapers it was said that Miss Holland 1969 would go to Japan to represent the Netherlands at the Miss International pageant but Welmoed went to the Miss Universe pageant instead.
Nente van der Vliet became again 1st runner-up as she did at the Miss Zuid Holland 1967 pageant and the Miss Holland 1969 pageant. But this time she did go an international pageant: the Miss World 1969 pageant.

some of the remainders: 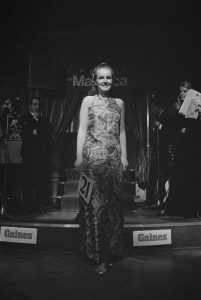 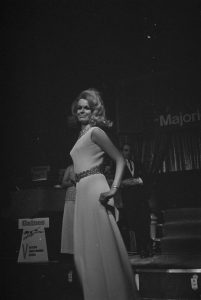 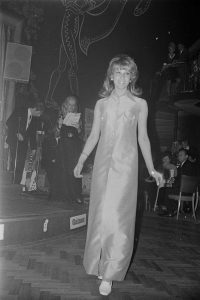 From left to right: Welmoed, Nente and Olga, during the evening gown competition 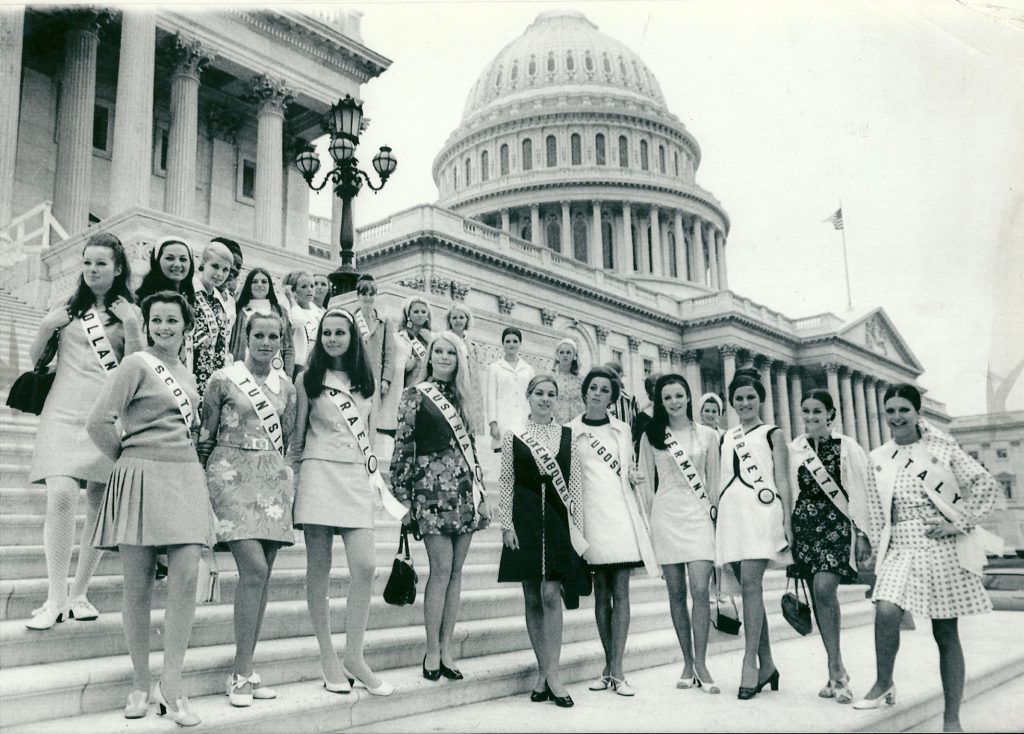 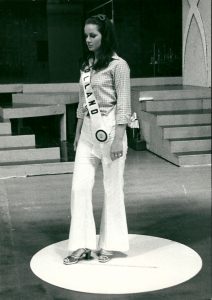 Welmoed at the Miss Universe 1969 pageant, second picture is from the rehearsals 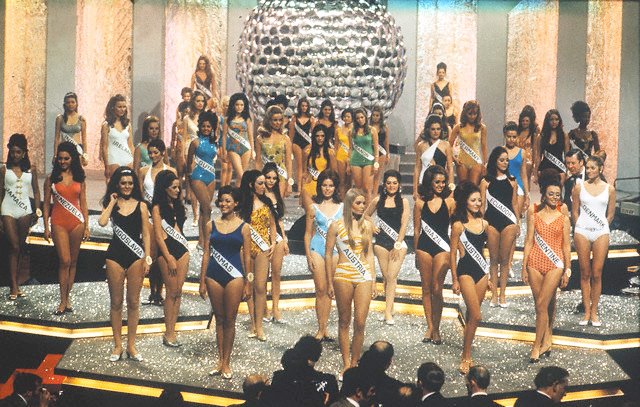 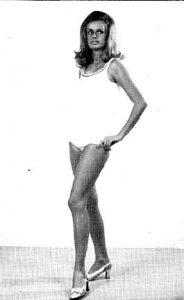 Nente at the Miss World 1969 pageant, in the group she is in the middle and second one is picture from program book 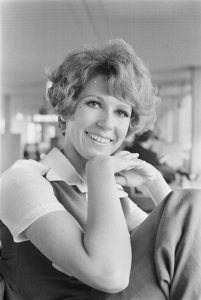 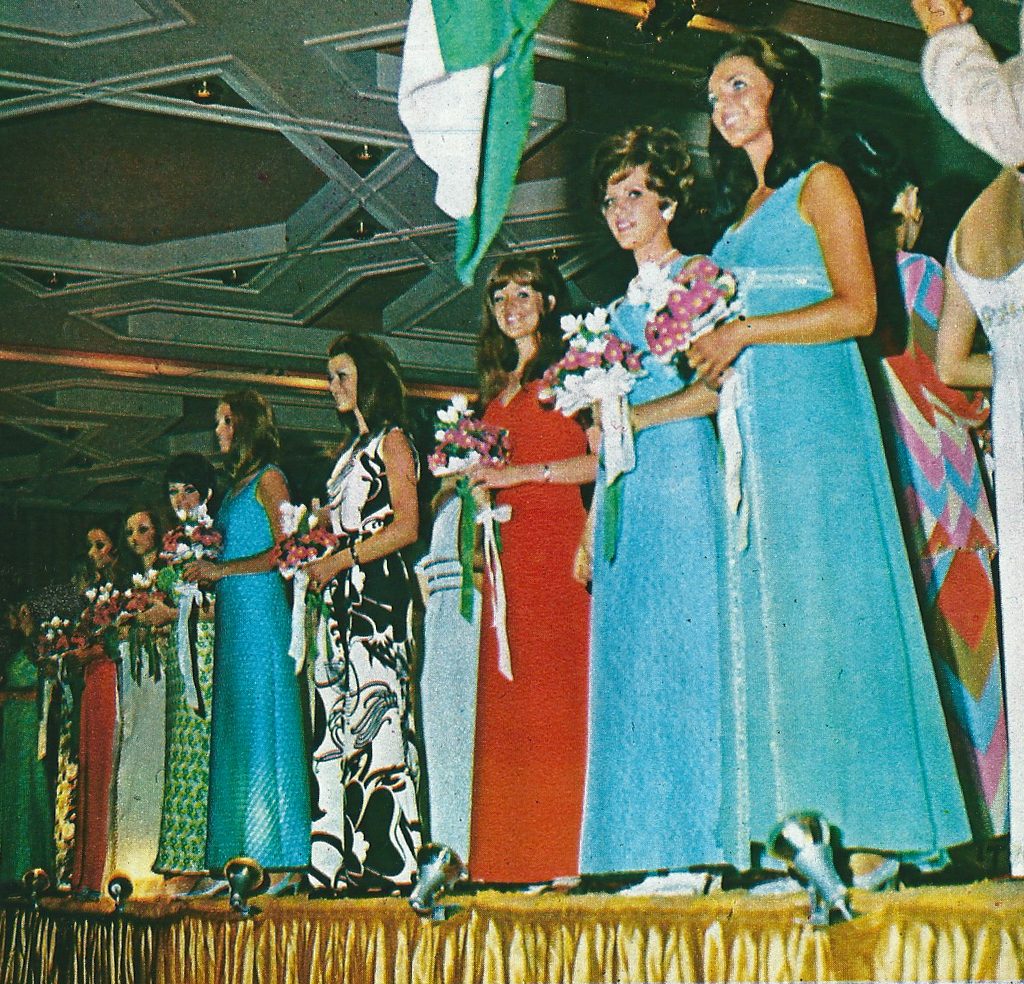 Olga at the Miss Europe 1969 pageant, she is in the group picture the second from the right 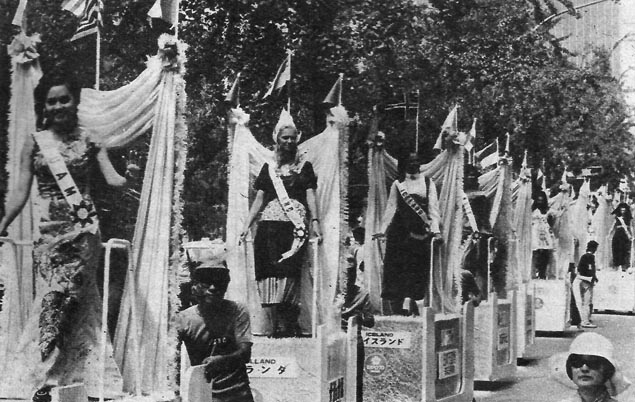