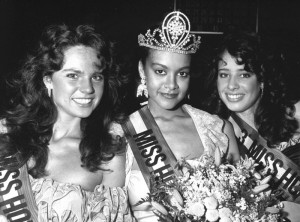 Nancy Neede was a very successful beauty queen during her reign as Miss Holland 1984. At the Miss Universe pageant she received the highest score for the swimsuit preliminary competition (by far). She also became a semi-finalist at the pageant.
At the Miss World pageant where she also became a semi-finalist, one of the judges became very upset that she wasn’t called as a finalist. It was the glamour dress designer, Olaf Cassini. He asked her to come to the USA become one of the muses. She showed his dresses for several years. 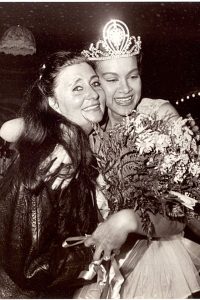 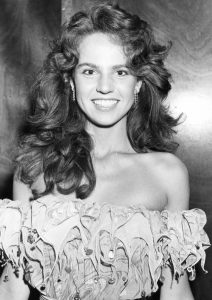 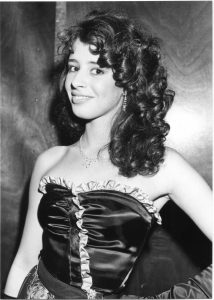 From left to right: Nancy and her mother, Rosalie and Jacomina 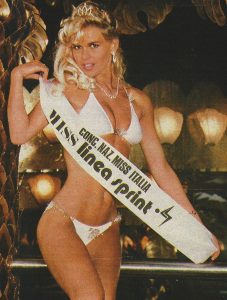 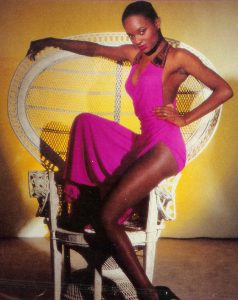 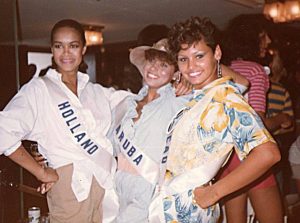 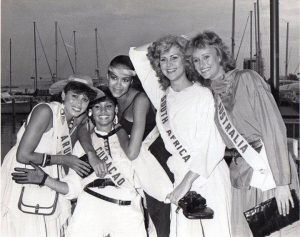 Nancy with other beauty queens at the Miss Universe pageant 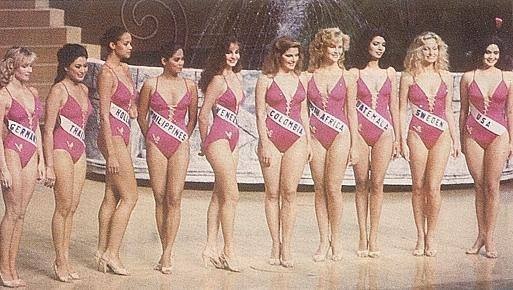 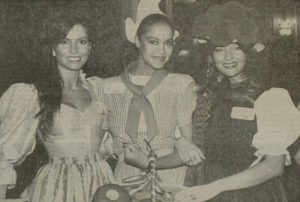 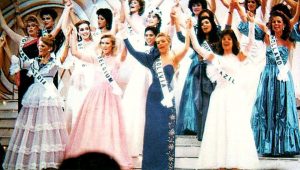 Rosalie at the right at the Miss International pageant