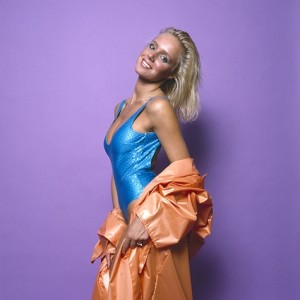 Pasquale Somers is stil official Miss Holland 1985, the judge made that clear. But Pasquale was unable to go to any international pageant due to some nude pictures that were made if Pasquale.
At first the Miss Holland organization dethroned Pasquale and crowned Mandy Jacobs as the new Miss Holland. A judge decided, because the pictures were never published, Pasquale had to be named Miss Holland again.

Brigitte Bergman, 1st runner-up at the Miss Holland 1983 pageant was send to the Miss World and the Miss Universe pageant in 1985. 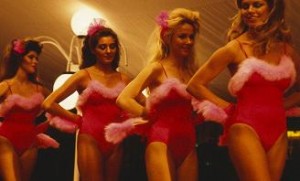 During the rehearsals, Mandy is second from the left. (picture by Patricia Steur) 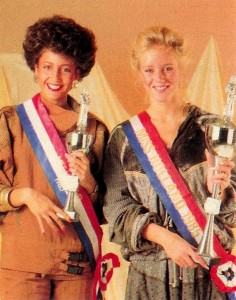 The two ” bad girls” of the Miss Holland 1985 pageant, Bonita and Pasquale. After Pasquale won the right to be Miss Holland again, Bonita lost her changes to be send to any international pageant and therefore she decided to pose nude for Aktueel magazine. Those photos were made by Guy van Grinsven, who also had shot to nude pictures of Pasquale Somers.