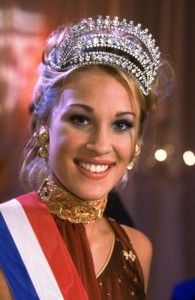 Jacqueline was one of the favorites to win together with Mirjam Bouwman, who became the first runner-up. Later she became a television host for the religious broadcast company “EO”.
Jacqueline went to Hawaii for the Miss Universe finals and was noticed as a real beauty with short hair.