Beauty of the Past, Historical, Homepage 03 feb 2018
No comments 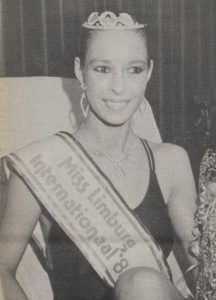 The lovely and beautiful Angelique Erens participated in several national and local pageants. She participated in 1984 and in 1986 in the Miss Holland pageant and became 2nd runner-up in 1986.
When she entered her first pageant she was just 15. In december 1985 she was was crowned Miss Limburg International. This was already the third edition of this pageant where 12 girls from Dutch Limburg and 12 girls from Belgian Limburg participated.
The 1985/1986 edition was held in Valkenburg and was with 500 people in the audience complete sold out. Also the big boss of the Miss Holland Committee, Mrs van Meeuwen, wo was a member of the jury, was very enthusiastic about the pageant. Anne-Marie Peters was crowned Miss Nederlands Limburg and Kristel Zomers was crowned Miss België Limburg. There were no runner-ups or finalists called.
Angelique was very proud of her title and used it to get her career on a higher level. One of the biggest gigs she did was a television hosting for Belgian television. 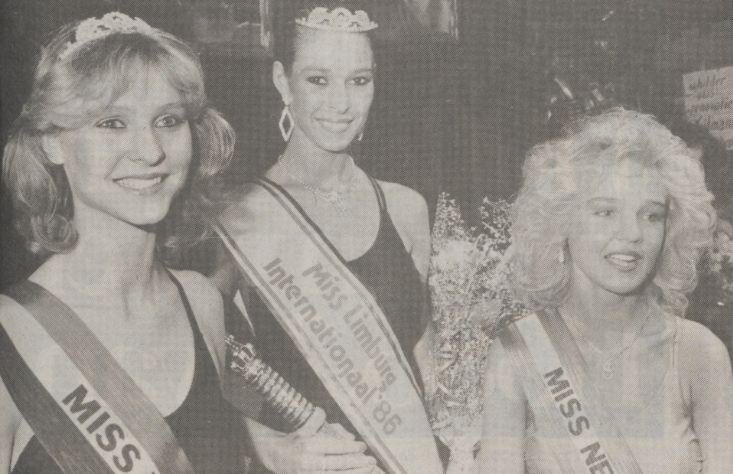 from left to right: Kristel, Angelique and Anne-Marie