Beauty of the Week 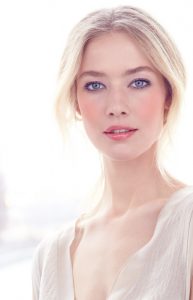 Maybe she is one of the most beautiful models from the Netherlands: Rosanne Doosje. Even as she is not as famous as Doutzen or Lara.
Rosanne participated in the dutch finals of Elite Model Look 2005. One year later she represented the Netherlands in the Ford Supermodel of the World competition and became 3rd runner-up.
Rosanne has been on the cover of many magazines and had spreads in many more magazine.
Although not so famous, she is our beauty of this week