Belgian Dhenia is Queen of the Benelux 2014

After the first two rounds three subtitles were announced:

After a break we saw the girls once more in choreography by Aneudi Cabral. After this there was one more subtitle and the announcement of the top 11. 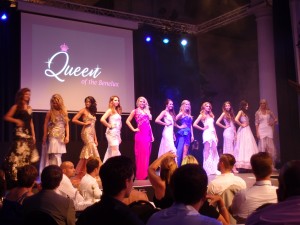 At first there would be a top 10 but two girls had the same points and therefore there was a top 11.

After the announcement of the top 11 there was the evening gown show with only the top 11 in dresses by Miss Pearl Couture. The last part off course the finals questions, every judge asked a question in english. 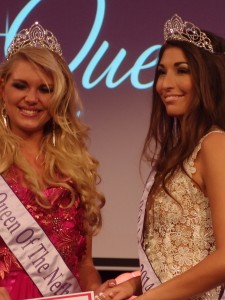 After a long show finally the three Queens were announced:

For the number 1 and 2 there was a surprise as the both of them will represent their country at the Miss Tourism International in Malaysia in december.

Tags: homepageQueen of the BeneluxQueen of the Netherlands
← Miss Cuba is Miss Grand International 2014 Holland's Next Topmodel 2014 →