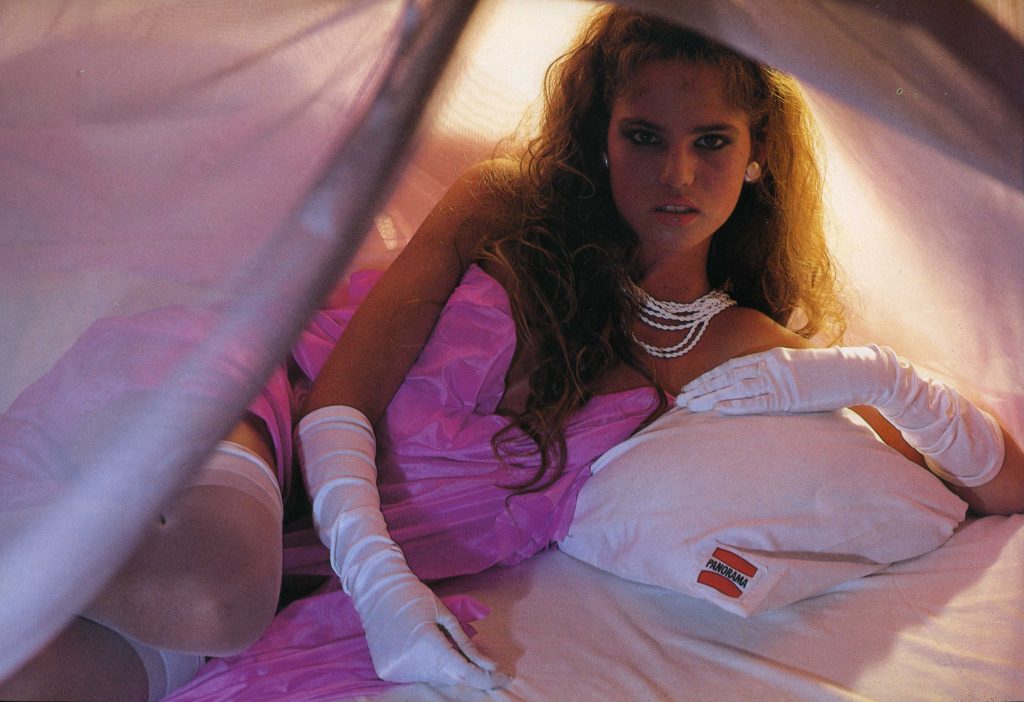 Rosalie van Breemen became Miss Panorama in 1982. The pageant was a huge succes for the magazine and for Rosalie it was one of her first victory’s in the world of the beauty pageants. She represented the Netherlands at several international pageants like Miss International 1984 and even won the first Miss World University in 1986.
Rosalie became a well known face in the Netherlands when she became the partner of world famous french actor Alain Delon, although they never married the two have tow sons. In 2006 she was one of the judges of Holland’s next Topmodel.