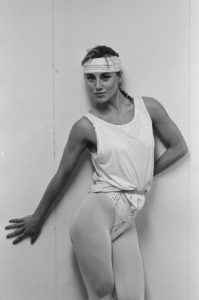 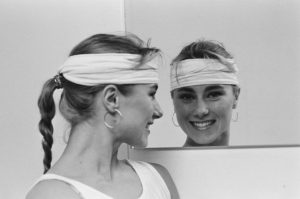 Natascia Paolucci can be found on IMDb where she is credited for one small part in the movie “Flodder”. Her part was that on a girl who is playing tennis.
She was in the 80’s a famous glamour model a and her pictorials were seen all over Europe in the big Glamour magazines.
She was one of the 4 finalists for Miss Aktueel 1987. A nude competition for glamour models. She didn’t win but impressed many viewers of the magazine.
As we do not show nudity, we show you here some pictures form an interview in a newspaper in the Netherlands.