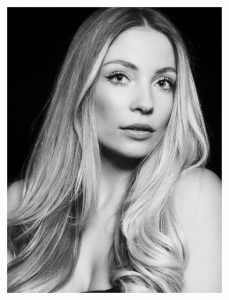 Laura is a 24 year old student who wants te become a criminologist. For her studies she lived Canada, where she studied at the Simon Fraser University in Canada. She currently lives is the dutch city of Media, Hilversum. So you would think she wants to be in television. When you would search for Laura you find out that het boyfriend is dutch soccer player Davy Klaassen. He is a soccer player for one of the most famous soccer clubs in the Netherlands, AJAX from Amsterdam.
Laura already has a sportsman as boyfriend, many dutch beauty queens end up with populair soccer player, to name a few: Miss Universe Netherlands 1995, Chantal van Woensel married Marc Overmars, Miss Universe Netherlands 2014 is the girlfriend of Khalid Boulahrouz, Miss World Netherlands 2012/2013, Jacqueline Steenbeek just gave birth to a beautiful baby and the father is Derk Boerrigter.