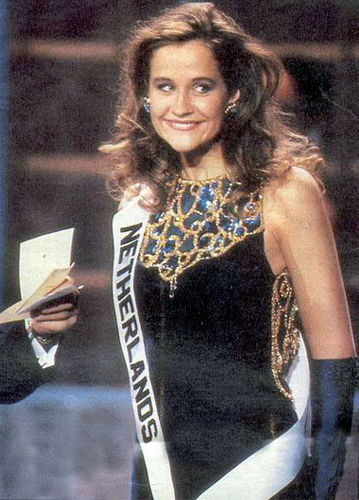 Miss Universe Netherlands 1991 was live broadcasted on Veronica television. People at home could vote for their favorite girl on the evening but also before as the Veronica Magazine and gossip magazine ” Story” head spreads about the pageant. The win of Paulien was a bit of a surprise as everybody, including Paulien herself, thought that Miss Noord Brabant, Diana Gruyters, would win the pageant.
On the picture: Pauline at the Miss Universe pageant. Dick Clark asks the final question about the biggest problem the earth is facing in 1991. Pauline wants to tell about the invironment pollution but she doesn’t remember the correct words. Pauline asks the audition and her father shouts “The Nature!”. Everybody remembers her free and sparkeling performance on the stage. 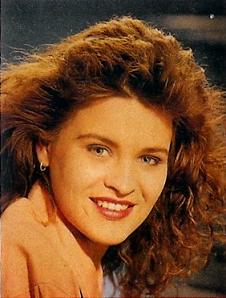 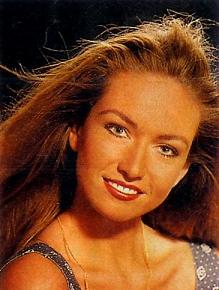 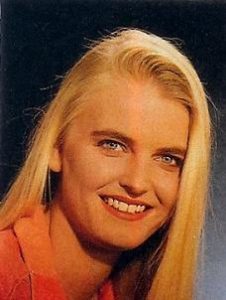 From left to right: Julitta, Francis and Madeleine 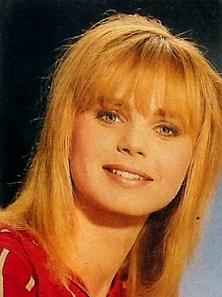 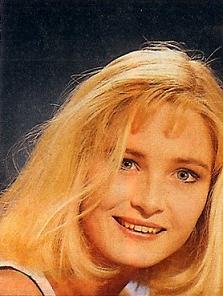 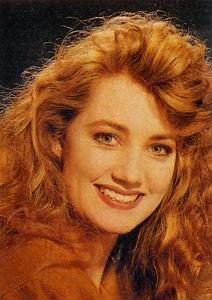 From left to right:  Daniëlle, Wytske and Monique 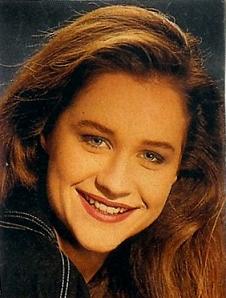 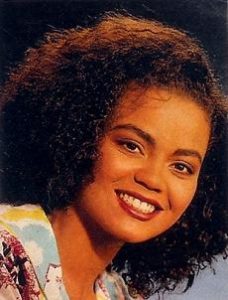 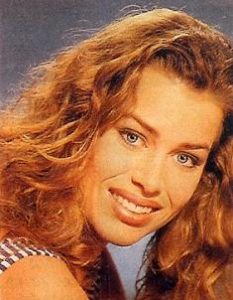 From left to right: Paulien, Christine and Susan 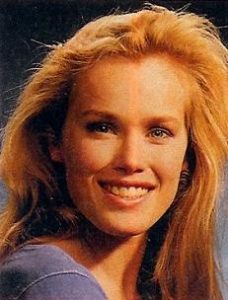 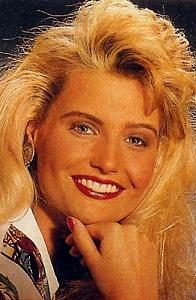 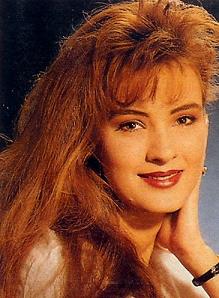 From left to right: Karin, Diana and Jacqueline

Paulien in the top 10 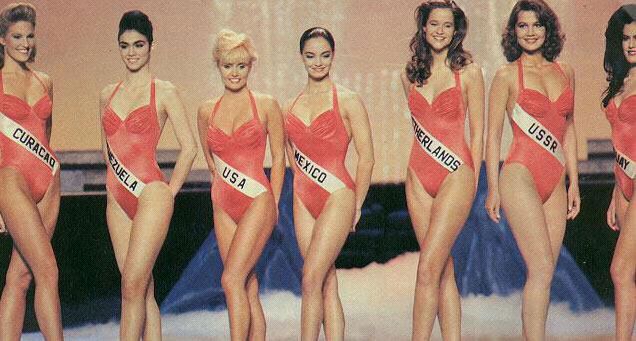 Paulien in the top 6 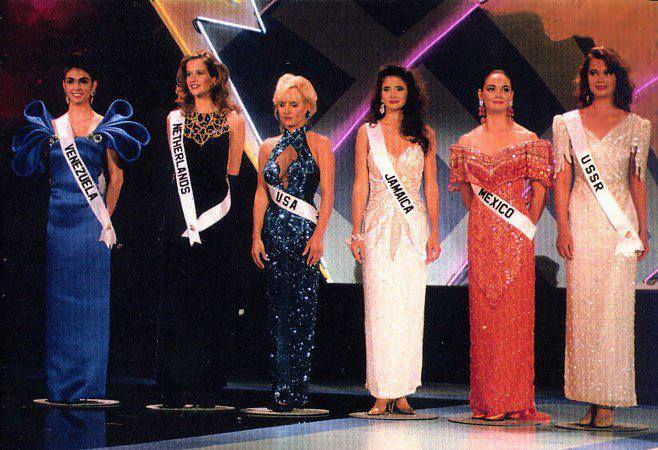