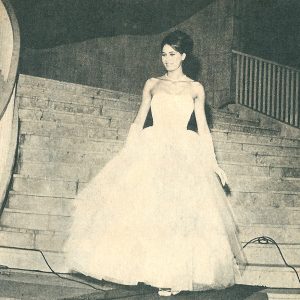 Rina Lodders is one of the most successful beauty queens from the past. She won at first the Miss Holland title and after that the Miss Benelux crown. She became 3rd runner-up at both the Miss Europe and the Miss International pageant. In the end of 1962 she was crowned our second and so far last Miss World.
She later married king of twist Chubby Checker.
The picture of the week is showing Rina during the Miss Europe pageant. There are not many pictures of her at that pageant.