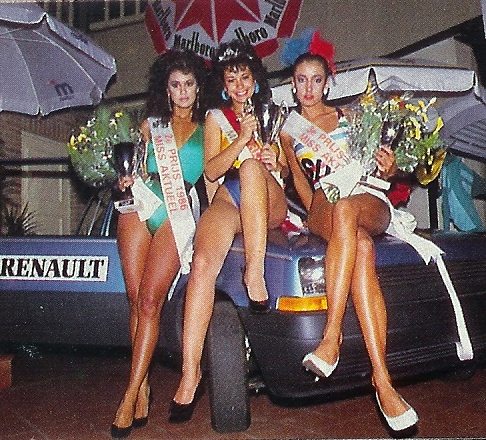 Aktueel Magazine, a magazine that doesn’t exist anymore, had his own beauty pageant in the 80’s: Miss Aktueel. In 1986 two former Miss Holland participants participated in this pageant and both made the top 3.
Shirley Messcher (left on the picture) was in 1981, 4th runner-up at the Miss Holland pageant and Bonita Baarda (right in the picture) was 3rd runner-up at the Miss Holland 1986 pageant.
The pageant was won by Brenda Steenveld, who already entered and won many national and local pageants like Miss Beach.