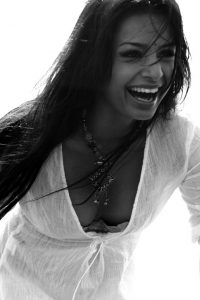 This week the dutch people can vote for a  new parliament. Miss Universe Netherlands 2001, Reshma Roopram is on the list of the PvdA on number 26. She has been in politics for some years already.
During her reign as Miss Universe Netherlands she did a lot of modeling for magazines like: Panorama and FHM.
She is not the only woman to be in politics.  Miss Nederland 2001, Raja Moussaoui is in local police. Funny detail: Reshma was first runner-up at the Miss Nederland 2000 pageant.