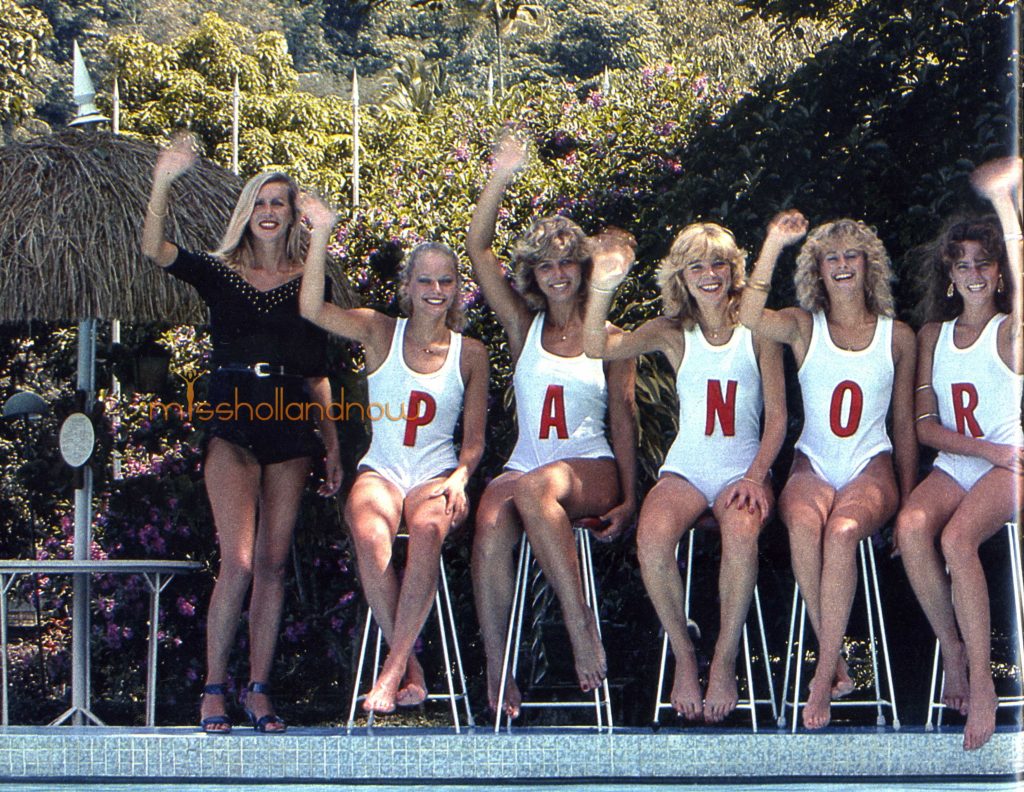 To celebrate the warm weather in the Netherlands we have for you this lovely Pic of the Week. On the picture we see some of the finalists of the Miss Panorama 1982 pageant waiving at us. The photo taken during the famous Panorama Calendar shoot from that year. The shoot was in Sri Lanka.

In this picture we see from left right: