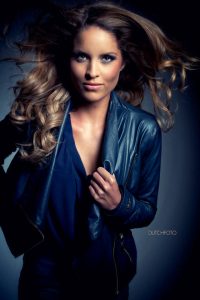 She was a top 13 finalist at the Miss Nederland 2014 pageant and now she is Miss World Netherlands 2016: Rachelle Reijnders.
Rachelle is 24 and lives in Oss. She is a student at the university of Wageningen and is currently working on her masters in Health and Society.
It will be a busy time for her as she has to leave to Washington in just two weeks.
During the finals of Miss World Netherlands 2016, which took place in Rotterdam, there were 12 finalists. Among them, some familiar names, like: Miss Grand Netherlands 2013 and Miss Earth Netherlands 2014, Talisa Wolters. Miss Emmen 2013 and Miss Beauty of Drenthe 2015, Zoë Niewold, Miss ECO Greece 2016, Christina Lazaros and 2nd runner-up Miss Nederland 2016, Kelly van den Dungen.
After several work shops, like catwalk, social media and make-up, the 12 had to show themselves to a professional jury and a to 3 was chosen: Zoë, Christina and Rachelle.
Christina was called out as 2nd runner-up and after that the newly national director, Katia Maes, called out the name of the new Miss World Netherlands 2016: Rachelle Reijnders.
We wish both Rachelle and Katia all the best in the (Miss) world..!!!