Who will she be? There are 8 just incredible woman who participate in te pageant. We will introduce them to you one by one, the last of the 8 beautiful finalists: 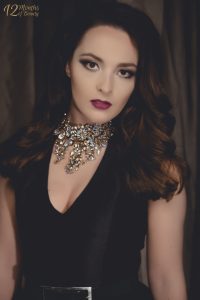 Robin Engels, who is 1.69 meters, wants to show the world that it’s not about the height but it’s about the beauty: “I may not have the long legs, I use them to stand strong and be confident!”. She also believes that as long as you have a future ahead of you, one can be a beauty queen.
Robin Engels is 21 years old and lives in Heythuysen, a very small village in Limburg where around 8400 people live. Although a small village, the people there, like to call it “Little Paris”.
She studied economy and works a lot as model.
After some years years working as a model she now is ready for a new career: the one of beauty queen. Robin is very spontaneous and very careful, that should make her the new Miss Grand Netherlands.