The Miss India Holland pageant is a big event every year. The organization is able to chose a stunning lady year by year to represent the Netherlands in an international pageant. For 3 years now they send their girl to the Indian Princess International Pageant and the dutch have been strong every year; Safina Barsati was 2nd runner-up in 2012 and Chhaya Biere was a top 5 finalist in 2013. In 2014 the lovely beauty Nadine Makhanlal was chosen as Miss India Holland 2014 and a few weeks later she also won the Indian Princess International pageant, a big succes for the organization and off course Nadine herself….. 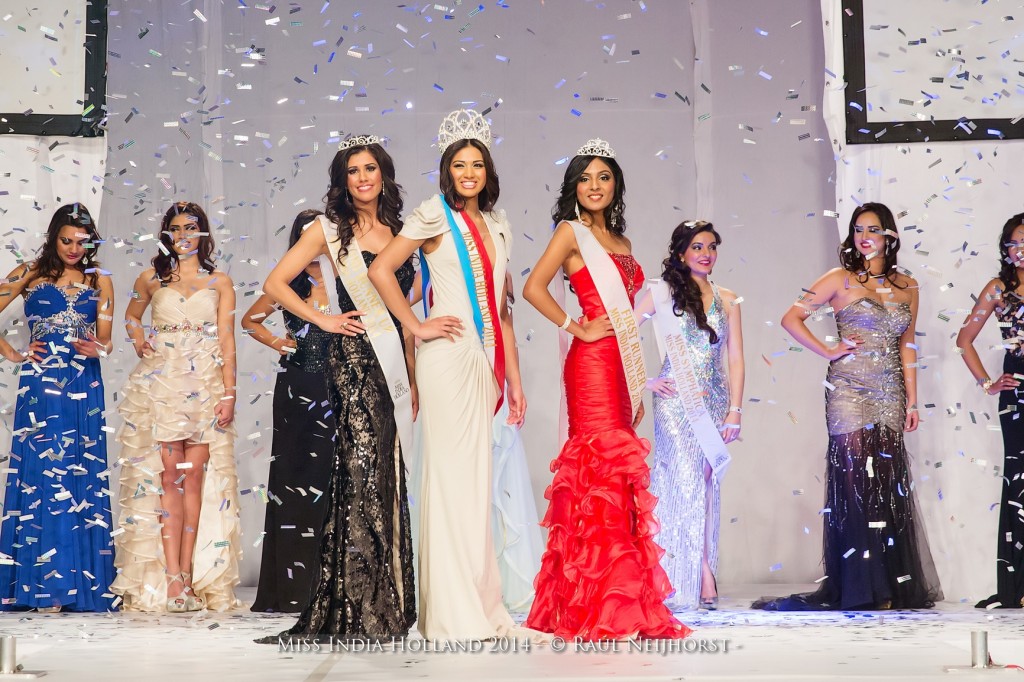 Who is Nadine Makhanlal?

Nadine Makhanlal is a young independent lady who never gives up and always pursues her goals….

What made you decide to participate in beauty pageants?

My participation in Miss India Holland, my first beauty pageant, was a coincidence. I was always interested in the modeling business, but prior I didn’t seriously consider it. Miss India Holland came to my path and then everything started.

Shortly after you won Miss India Holland 2014, you also won the title of Indian Princess International 2014.
How did you prepare in such a short time not only to go to an international pageant, but also to win?

During the Miss India Holland competition, I learned a lot, from catwalk lessons to etiquette lessons and everything in between. The lessons of MIH were well thought out and served to me as the  bridge to the international pageant.  It was only a short period after my victory in the Netherlands  that I went to India, so I let everything come over me. During my journey to India and Thailand I very much enjoyed all new experiences. On the evening of the pageant I stayed myself and showed everything I learned on stage, and that payed off. It’s not a small matter, standing on stage in front of 5000 people and I shined. 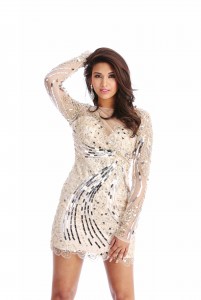 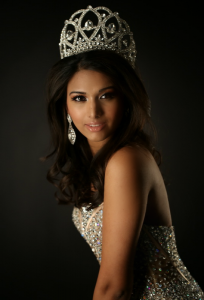 What was your most memorable experience during the international pageant, besides winning, and why?

Besides the preparations in India prior to the pageant, the other beauty queens and I, together with the international organization went to Thailand. In Thailand we trained and had many beautiful moments. Every morning at dawn we gave food to Thai monks and we meditated with them. We also had ridden on elephants and played with real tigers.

As Miss India Holland and Indian Princess International, what makes you a typical young Indian woman?

I am a typical young Indian woman, because of the norms and values I learned out of my  culture. I respect all beings alive and I think everybody, man or woman, should have equal chances.

Now you are a role model for other young Indian women in the world, how can you make a difference in their lives?

By winning these two large pageants, I hope to be an inspiration for young woman, not only from Indian descent, but from all over the world. When I entered Miss India Holland, I was 17 years old and still very insecure. In a short period I learned a lot and I grew into the young woman I am today. I want to show young ladies that you should not reject offered chances, you never know which doors it may open in your future.

What is your contribution to the Indian community in the Netherlands?

After my victory in India during Indian Princess International, I got a lot of exposure in the Dutch media. In this way I could bring attention to my culture on a national level. And  and vice-versa also gave an international exposure to the Indian community in The Netherlands.  I am also often present at events organized within the Indian community to inspire young woman. 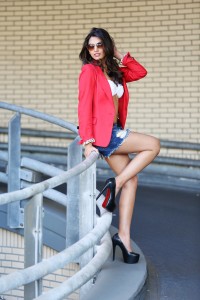 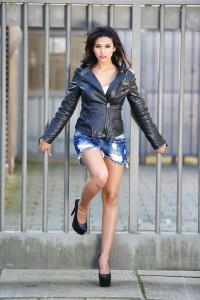 Miss India Holland is a cultural beauty pageant. Why is it important that these pageants exist in the Netherlands? Do you think they are necessary?

Many Indian beauty queens became filmstars in Bollywood. Is this also one of your ambitions, why or why not? Who is your favorite Bollywood star?

It is true that many Bollywood actresses were discovered thanks to beauty pageants. It is not my ambition to become a Bollywood star, but if a casting in Bollywood comes to my path, I will, just like participating in Miss India Holland, take it with both hands. It would be an honor to work in the biggest film industry in the world. My favorite Bollywood star is Aishwarya Rai – Bachchan. Aishwarya is probably the most popular winner of a beauty contest who became famous in Bollywood. She is the perfect example of an Indian model who became famous in the western world and therefor became the face for brands like L’Oreal and who got parts in Hollywood movies.

Yes, of course I would like to participate in a beauty pageant in the Netherlands,  not based on culture. It is anyhow a unique experience and broadens my horizon. Non-cultural beauty pageants offer new chances within the western community. In this way I would like to prove myself as an Indian woman in the western community, and I would show that women with an Indian background also possess the combination of beauty, brains and  the strength to accomplish her dreams.

“she who leaves a trail of glitter is never forgotten”