Mrs Universe Netherlands 2015, Sophia de Boer is no newcomer in the world of beauty pageants. In 1986 she was first runner-up at the Miss Holland 1986 pageant and she represented the Netherlands in the first ever held Miss Wonderland in 1987 where she became a semi-finalist.
After that she started a successful career in television.
The Mrs Universe pageant started in 2007. Last year the Netherlands was represented by the lovely Angelica Smeding who became one of the semi-finalists and won several awards. She was very proud to crown Sophia de Boer as her predecessor in the pageant that she co-organized.

Why did Sophia try her luck again and how is she preparing? We asked Sophia 10 questions…. 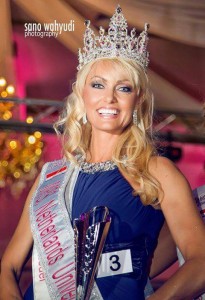 What went through you when you heard your name called as the new Mrs Universe Netherlands?
I was completely surprised, and what went through my mind…. ‚ ohhh finally after 30 years and still a title’ … I was totally stunned, really unexpected. I was gleaming from top to toe and that feeling stayed on.

In the eighties you already participated in beauty pageants. Why did you decide after so many years to enter this beauty pageant?
It was not in my mind until Nanny Verweij – Nielen brought this under my attention and suggested me to enter. I wasn’t aware that there were Mrs pageants and that on my age I would stand a chance. My children were dying to see me on stage, they gave me this chance , they wanted me to enter the pageant. But of course also because of the good cause connected to the pageant made me decide to enter.

What are, according to you, the differences between Miss- pageants and Mrs-pageants, except for the age difference? And how did you experience this?
This time I had more experience in the consciousness about myself, my strong points and to make use of my character. If you are that young, you have a lot of insecurities, I myself did back then. Now I know better who I am, my goals in life. I don’t have to prove myself to everybody. 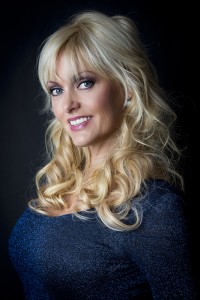 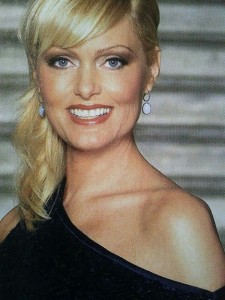 Has your experience from working in television, helped you with your preparations up to the national finals? If yes, how, if no why not?
Well, many will think that it did, but I think it just worked against myself. People often think that it has a positive impact, but I thought it even was a handicap, because many are afraid of certain interests. But here it was all about your radiance and strength. And please tell me how many well known people enter beauty pageants? There are none, because in the Netherlands pageants are considered inferior or unimportant. In other countries there is more involvement. But I hope now that personally I can show them that there is more than only the pageant itself and that there is a good cause connected to it. I dare to stick my head out and tell that there are many good interests involved. They were 6 exciting months and very intensive, many candidates had been overcome themselves and gained much strength. And of course I did my utmost best just like the other beautiful and lovely candidates.

Mrs Universe Netherlands makes a fist against domestic violence. What can you tell us about that and what is your contribution in this?
It seems that there is a kind of ‚silence’ about this subject. And because I have the title now, I am orienting where there is need of support or an institution which would appreciate the difference I can make. We, the dutch people, are temperate, we don’t share everything that easily. And I come from a position where I was a bystander and later the victim. My mother had to flee for my stepfather because we couldn’t stand the violence any more, but there was no support from the people around us. What I saw and experienced as a young child, and what we can talk about just now, so I can resolve it with y mother. It wasn’t a bad dream, I put it away to can go on. That’s why I opened up and registered for the pageant.

What do you know about the international Mrs-pageant, what do you imagine about the pageant and how are you going to prepare for the pageant?
It is very soon, so everything goes very fast. And because I didn’t count on winning the title, I am hurrying with some good friends to find possible sponsors and my dress wil be made by Monique Dèsar. I ask Angelica Smeding Mrs Netherlands Universe 2014 for advice and for the first time in my life I am working out in the gym with a personal trainer. Even if my life consisted of ballet and later on competition-swimming and every day riding horse and teaching and working out. Now I want to be total fit to be a worthy representative for the Netherlands. 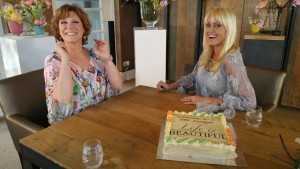 How does your family fit into a pageant and how does a pageant fit in your family life?
They even were the ones to inspire me and on the evening of the final, they were mad with joy and very proud of their mother and wife. They made me shine and they turned me into this person who enjoys life and thus be there for others. These months I have a lot of free time because of the summer stop of my television program Life is Beautiful at RTL4 and after that I will see what will come to my path. I always want to stand open for changes and new opportunities and my family s everything to me. The 2 eldest Kelvin (20) and Roxanne (18) support me and help me with chores in the family and the youngest Vince is 11 years old. The all thought that I should take this unique opportunity and that is great, otherwise I could not do it.

What does the Netherlands from Sophia de Boer look like and what part of your Netherlands do you take along to Belarus and why?
The Netherlands are great in many possibilities like personal and business developments and also small in fellowship in the field of free expression and live and let living. personally I find the environment extremely beautiful and very diverse, from woods to sea life, bold plains and high sand dunes in the midst of the Veluwe. I would like to show Radio Kootwijk with its white shifting sand and the tower high powerful building in the middle of the plains. The old radio transmitter which was building 1918, was the former transmitter site for the Dutch Indies… many people do not even know this piece of nature. So the Netherlands are that small and also large with so many sights. 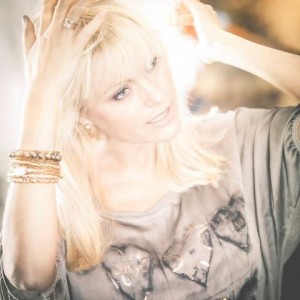 Would you recommend your children to participate in a beauty pageant? Why or why not?
Well for sure if they would like to! My mother showed me this path because I was very shy and that had everything to do with my childhood. She wanted me to shape up more in openness and that I would stand up for myself. I was crowned 1st runner up at Miss Holland 1986 and I represented Holland in 1987 in the Miss Wonderland pageant. And that participation made that my picture was in Panorama, where the AVRO saw me and I was scouted as an assistant in the television show of Fred Oster, ‚Prijs je Rijk Show’. Through my participation 30 years ago, my career started and ‘brought’ me the things which showed up on my path.

What about Sophia in 10 years?
Hopefully I will still be with my family in good health. Thereby I would at last live at the waterside and daring to publish my written stories and texts. I hope to be grandmother, or almost hahaha to a few grandchildren, because I like to be at home busy for my family and my husband. And that I eventually also compete for the title of Miss Grandma Universe… that’s a lovely joke haha!

Life is unpredictable so I make the most of it, that’s my motto!

We would like to thank Sophia for taking the time to answer our questions and we wish her all the best of luck during her preparations and the international pageant.