Beauty of the Past, Historical, Homepage 27 jan 2018
No comments 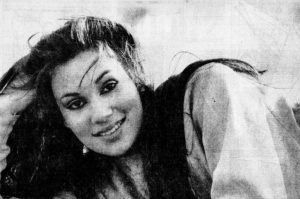 The dutch mother of Gül Caman was the one entered her daughter for the Miss Rotterdam 1984 pageant. At first Gül, 17 years old at that time, didn’t want to participate but went with some hesitation to the casting. Once selected as one of the 12 finalists she started to enjoy it and she wanted to win.
Her Turkish father, Yüksel, was at first not very happy that his daughter participated and gave her with hesitation his permission to go. 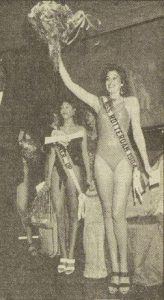 When the beautiful Gül won the pageant, one of the judges, Lou van Rees, was very disappointed when all he got was a handshake from the new Miss Rotterdam and no kiss. Gül had a islamitisch upbringing and therefore was not allowed to kiss a man. Lou van Rees was a well known beauty pageant judge at that time.
The trip to Barbados, the first prize of Miss Rotterdam 1984, would Gül take together with her mother.
The Miss Rotterdam in 1984 was unfortunately for miss Caman not a preliminary  for the Miss Holland 1984 pageant. The organization of the pageant told some newspapers that he would try to get her in the finals of the national pageant and that he was preparing, together with location of the Miss Rotterdam finals, to get te national finals of Miss Holland 1985 to be held over there.
As Gül was probably one of the first girl to win a pageant in the Netherlands with an islamitisch upbringing, even the biggest national newspaper de Telegraaf published an article about her.