Beauty of the Past, Historical, Homepage 26 jan 2018
No comments 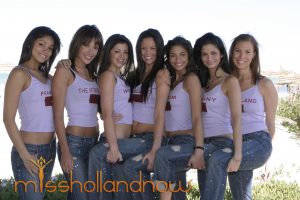 One of the last official Miss Europe pageants was held in 2005. As Endemol France had all the rights to organize this pageant, the 2005 edition was held in Paris France. Several European countries like Polen and Serbia, but also many in the middle east and Africa, broadcasted the pageant live on television.
The president of the jury was topmodel Adriana Karembeu. Some of the other members were: french singer Charles Aznavour, Miss Europe 2002, Elodie Gossuin and fashion designer Paco Rabanne.
In those days the Netherlands was represented by a Miss Universe Netherlands or by a Miss Nederland. Both girls were from the organization of Hans Konings who organized for 20 years the Miss Nederland pageant (1989 – 2008) and for 6 years the Miss Universe pageant (2000 – 2005). 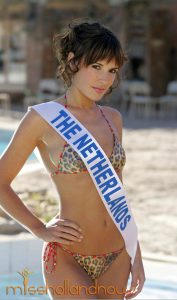 In 2005 it was the very lovely and beautiful Tessa Brix who the honor to represent our country. She was in 2003 Miss Universe Netherlands but was in 2005 still a great choice to go to an international beauty pageant and according to us, she had one of the best body’s in the world of pageants in the Netherlands in those days.
Unfortunately she didn’t make the semi’s. The winner of Miss Europe 2005 was Miss Germany Shermine Sharivar, who was Miss Universe Germany in 2004. First runner-up was Miss Armenia, Luysya Tovmasyanand 2nd runner-up Miss France, Cindy Fabre, who was actually the official Miss France 2005 and represented her country at both Miss Universe and Miss World in 2005.
Tessa, who is married and a mother of two lovely daughters is still very successful as a model and doing a lot of campaigns in magazines but also in commercials on television.