Beauty of the Past, Historical, Homepage 17 mrt 2018
No comments 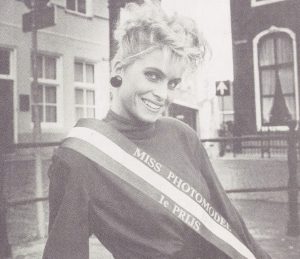 She was very surprised when she heard her name being called out as Miss Fotomodel Holland 1988 (Miss Photo-Model Holland): Yvonne Lokers. Yvonne (21 at that time) from the province of Zeeland worked as a secretary for an agriculture; company in Goes.
It was not her first pageant, she was crowned Miss El Toro, a local discotheque, in 1986.
For her winning this title could be the start of a career as a photo-model. In 1989 we saw her again in a pageant. Miss Holland 1989. She became first runner-up and represented the Netherlands at the Miss World Cup in 1990 where she made the top 6.
In 1991 she made the news as she married dutch champion long jump, Frans Maas.