Beauty of the Past, Historical, Homepage 16 mrt 2018
No comments

When Miss Holland 1935 was unanimously chosen the newspapers in the Netherlands wrote really bad about the lovely Stella Elte:

Once again there has been chosen a Miss Holland, who will represent our country at a exposition of beautiful women in Paris. From those women Miss Europe will be elected who will probably not be the most beautiful from Europa as is our Miss Holland, who is not the most beautiful from the Netherlands.
The woman you see on the picture is probably very nice but clearly not the most beautiful. We feel sorry to say so in public. But who exposes themselves like this should be able to deal with criticism. This young lady will act like Miss Holland in Paris. She shall be taken to dancings; all kinds of men will be busy with her; she shall say that she only washes with that brand of soap and that kind of car is the most beautiful. She will be famous for a few days. It is all a big lie and abuse during such a pageant.  It’s not clear who made such a „Miss” choice. It has to be someone without taste. True beauty is incomparable and in-measurable. Female beauty is something very fragile and personal, it is not resistant to made up make-up and terrible lights. What a thought to look at women and choose the most beautiful one.
It is is something humiliating for women. From all countries they are brought to Paris. Selfishness and sight for commercialism become her.
Out of the choice of Miss Holland we make up that not many women have entered this pageant in Holland. We are very happy about that. It is about time that this spectacle has to stop. The organizers fail to have taste and therefore we are happy that the women turn away from it. 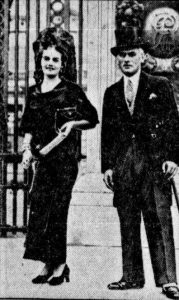 But Stella did indeed go to the Miss Europe pageant. First they met in Paris and the finals took place in Torquay, a place at the english riviera. there were 15 participants.
One candidate represented the Rheinland, a part of Germany: Elizabeth Pitz. A little strange, as she was crowned Miss France a few months earlier. But as she was born on german territory the mothers of some of the other participants objected and Elizabeth decided to give up the crown. A few weeks later she was crowned Miss Rheinland and therefore she represented that territory instead of a country.
Miss Europe became Miss Spain, Alicia Navarro. After she was crowned she even visited Buckingham Palace to meet the Queen (see photo left).
Funny detail is that after she divorced her first husband she married the brother of Miss Greece 1935, Nicky Papadopoulos, who also participated in the Miss Europe 1935 pageant. After that marriage she became: Alicia Papadopoulos.
Miss Holland, Stella Elte, started a singing career and after her reign as Miss Holland made the news as being a great singer! 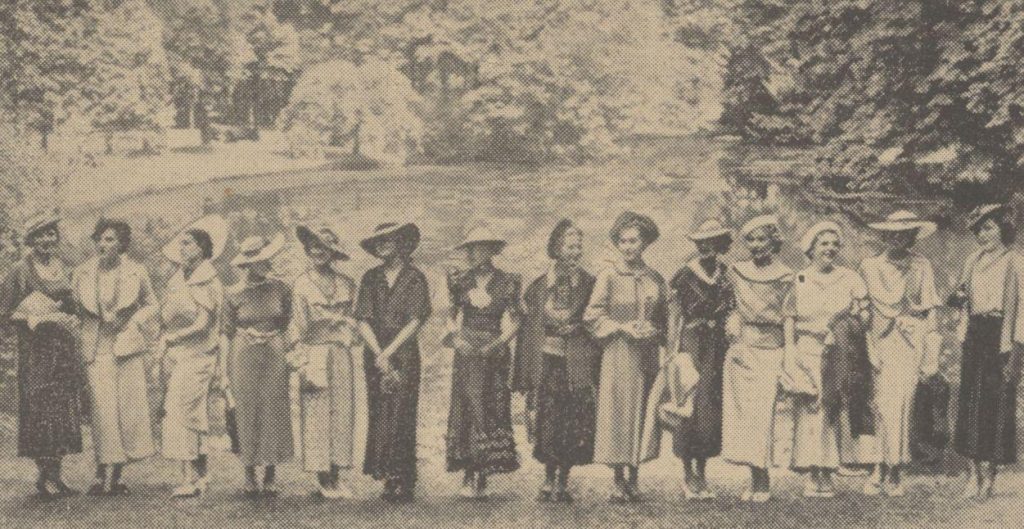 14 of the 15 participants, Stella is third from the right.