Absolutely one of the most successful models from the Netherlands is Lara Stone. Her career started already in 1999 when she entered the dutch Elite Look of the Year. She did’t win but signed a contract with the Elite modeling agency. It did’t bring her the succes she was hoping for at that time.
Her big succes came in 2006 when she signed a contract with IMG and she opened the fashion show of Givenchy in Paris. The rest is history.
In 2009 she was named Model of the Year at the British fashion awards.
She graced the covers of many magazines, already two times on the dutch Vogue. This month she is on the cover of the dutch Vogue, The Book. This is a special summer edition of the magazine. 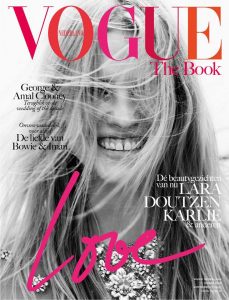 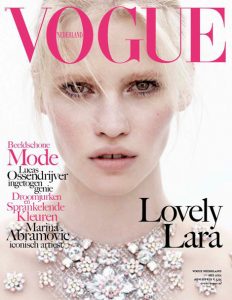 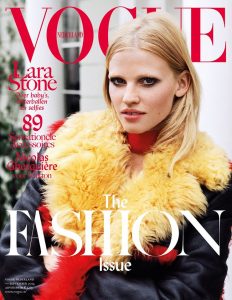