Beauty of the Past, Historical, Homepage 17 nov 2017
No comments 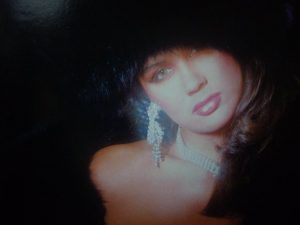 Beautiful Shirley Mescher, became 3rd runner-up at the Miss Holland 1981 pageant. After that pageant she graced many local pageants like: Miss Scheveningen, Miss Amsterdam and Miss Grand Prix to name a few.
She was also a famous glamour model in the 80’s and participated in the Miss Aktueel 1986 pageant. Although being the favorite to win she became 1st runner-up up to to the lovely and also very sexy Brenda Steenveld.
Shirley was asked after many publications in European magazines to pose for the US edition of Penthouse magazine. The pictures were taken bij the famous dutch photographer Philip Mond. But the pictures were to “soft” for the magazine. The pictures can be seen in many other publications of Penthouse and also in the french Newlook. This picture is from that shoot.
Shirley is a real nice person who happens to be also the mother of Miss Nederland 2007, Melissa Sneekes.