The summer has officialy started in the Netherlands and although the sun seems far away, we will keep warm on those beautiful pictures.

At our column Frisky Friday, we will show you pictures from the past with all kinds of bikini/swimsuit pageants and beauty queens in swimsuits from the Netherlands. 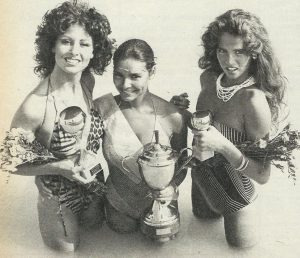