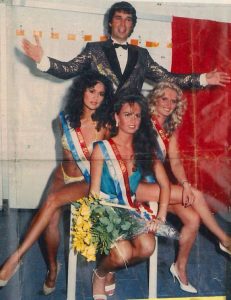 The sun is shining and its time for those swimsuits.

At our column Frisky Friday, we will show you pictures from the past with all kinds of bikini/swimsuit pageants from the Netherlands.