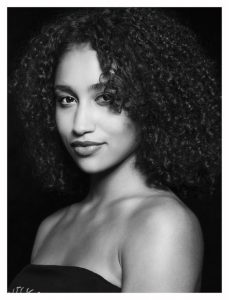 Three in a row, the third candidate from our capital city Amsterdam: Naomi Lucia Bouwmeester.
Naomi (19 years old) is a professional dancer who already danced at 2016 MTV European Music awards in Rotterdam. She was raised by her mother in Zurich, Switzerland.
Becoming a dancer was no surprise as her grandfather is the legendary Roberto Salazar, know as Moso from Cuba.
Although she is a newcomer in the world of beauty pageants in the Netherlands, her dancing skills could make her great contender for the Miss Nederland crown. Also her Cuban roots make her probably a very passionate person and could give her that extra vibe that a Miss Universe contender needs to make it to the top.