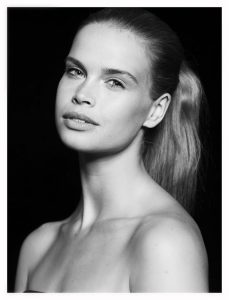 Busy as she is, she managed to make time to participate in this years Miss Nederland. Nicky Opheij, 22 years old, is studying to be a food consultant, works as a model and is also architectural designer.
In 2014 she won Holland’s next Topmodel in 2014 and after that she was quit successful working as a model. She did a campaign for SuperTrash and her porte folio was growing. But after some time she wanted to finish her studies.
After her studies she tried successfully to work as a model again and now she has started a new adventure, becoming one of the 12 finalists for Miss Nederland.
We have seen several girls who first became a beauty queen and tried their luck at Holland’s next Topmodel after that.  Tamara Slijkhusi even won Holland’s next Topmodel in 2011 after she first did some smaller international pageants.