Looking back at Miss Universe 2015

It will be a night to remember… 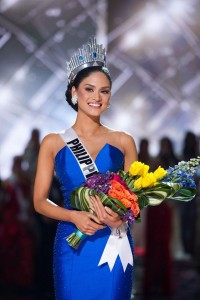 The night Miss Colombia, Ariadna María Gutiérrez Arévalo, did not win the Miss Universe 2015 pageant. The host of the evening, Steve Hartley made a big mistake when he announced the wrong winner of the Miss Universe 2015 pageant. It had to be one of the hardest things he had to do in his life, going back to the stage and tell the universe that the just crowned Miss Colombia had to hand out the crown to Miss Philippines, Pia Wurzbach.
The minutes that followed where very awkward as the two girls were standing there listening to the apologies of the host: It’s on the card, I have read it the wrong way…
After a few minutes, Miss Universe 2014, Paulina Vega, also from Colombia, had to take off the crown of Ariadna and she crowned the rightful winner, Miss Philippines.

Although it is not for the first time something like this happend, it never happened at one of the most prestigious pageants in the world. IMG, the new owners of the pageant, probably had another idea of their first pageant. They had to show the world that they are able to organize a beauty pageant after Donald Trump sold them the pageant.
Everybody seemed very happy with the the whole concept and on social media people wrote that it was one of the best pageants held in years. One of the critical points was the very small panel of judges: just 4 people. But the 3 hour show was really a great one, until that final moment….. 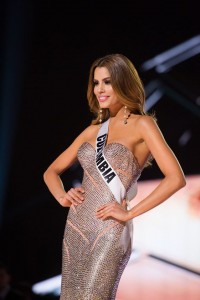 Both girls were, from the start of the pageant, the two to watch and many believed the crown belonged to one of them.

After this, the whole world had an opinion about what had happened. Many felt sorry for Miss Colombia, some for Miss Philippines, others for both. Some of the other girls made remarks about the crowning moment and there were video’s shown,  on how some of the beauty queens reacted on the situation, on the newly crowned or on the girl who became first runner-up.

We should not forget that it all was a human mistake by Steve Hartley and that he did all to explain what had happen and he apologized many times. One thing we also should not forget is that the crown belongs to the one who got the most points by the judges, the organization and in this case the people who voted online and that is: Pia Wurchbach, Miss Philippines. When some people say that the crown is stolen from Miss Colombia, they don’t understand the way a beauty pageant works and how a beauty queen is selected, not by mistakes…..

Our opinion on how some of the girls reacted and on how the fans reacted on those girls is that we should never forget where Miss Universe stands for. Maybe the new organization should re-introduce the Miss Universe Creed that was called out during the last moments of each pageant. We think that many have forgotten this creed and in these times of so many wars and people who are fleeing or living in poverty or in war areas we should read this creed and think again before shouting.

“We, the young women of the Universe, believe people everywhere are seeking peace, tolerance and mutual understanding. We pledge to spread this message in every way we can, wherever we go…” 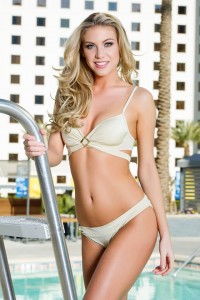 But we are also Miss Holland Now and of course we looked at the beautiful Jessie Jazz Cuijk, who represented the Netherlands at the pageant. Jessie Jazz is the official Miss Nederland 2015. At first she would represent the Netherlands at both the Miss World and the Miss Universe pageant but because the two were held in the same period, Jessie Jazz would represent the Netherlands at the Miss World 2015 pageant in China. But the crowned Miss Nederland preferred to go to the Miss Universe pageant in Las Vegas, as that was the pageant she wanted to go to when she entered the Miss Nederland pageant. It was also Miss Universe Nederland 2014, Yasmin Verheijen who asked her to enter te pageant. So Kim Kötter had to ask first runner-up Margot Hanekamp if she wanted to go to China and of course she said yes.

Jessie Jazz started the pageant with many enthusiasm and many believed she could make the top 16. In the Netherlands hopes were very high after the succes of Yasmin Verheijen last year who placed as 3rd runner-up. Miss Nederland 2015 stood out in the group of 80 as she is very natural en fresh looking. She was smiling all the time and people could see she really enjoyed the pageant, making a lot of new friends.
In many predictions Jessie was mentioned as a top 15 candidate or bubbling up to the top 15. We also wondered if the new owners had a different opinion on what a Miss Universe should look like and how she has to act. We from Miss Holland Now are still hoping that in the future of the pageant, there will be a winner from Europe and hopefully the Netherlands as there hasn’t been a Miss Universe from our continent in many years. 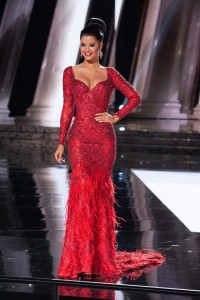 So when the finals started, we were very hopeful to see Jessie Jazz in the top 15. But the blonde from Amsterdam didn’t make the semi-finals like many favorites, who were also left out of the top 15.
We were very happy to see the lovely Miss Curacao in the top 15 and even make the top 10. Although the island is  no longer part of the kingdom of the Netherlands since october 2010, the bond between our tow countries is still very strong.

We still hope that the new owners of the Miss Universe pageant will make some more new changes in the future and make it possible for the beautiful european girls to be crowned Miss Universe once again.