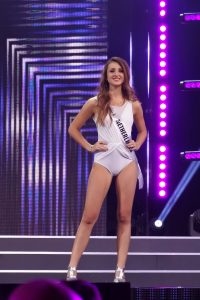 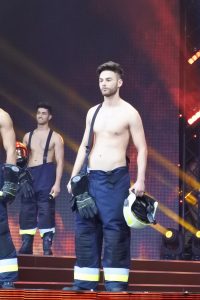 Shanna showed a lot of progression during the months before the international pageants and represented the Netherlands at such a high level during her stay in Polen and Slovakije that many believed she would make the top 20 at least.
Unfortunately she just missed the top 20 but she stayed so strong and happy, she shined throughout the whole evening.

The very handsome Ferdi Caglayan was asked by Robin and Stefan after they were tipped by Ryan Sheikrojan, the beauty director of Miss Beauty of the Netherlands. Ferdi was one of the contestants at the Men Universe 2017 pageant but did not get into the finals of that pageant.
After the first meeting between Ferdi and 12 Months of Beauty there was a big click between them and Ferdi started the preparations for the international finals. Ferdi got many fans from all around the world during his stay in Polen and Slovakije, so there was no surprise when his name was called out as one of the 20 semi-finalists.

The international titles were won by the lovely Miss Korea, Jenny Kim and by the tall handsome Mister Venezuela,  Gabriel Correa.