Very happy were we that we could witness the finals of Miss Beauty of Noord Holland in “De Purmaryn” in Purmerend. The lovely organization duo of this pageant and also for Miss Beauty of Utrecht are Queen of the Benelux 2013, Jeanine Ottenhof and 2nd runner-up Miss Beauty of the Netherlands 2016, Nadine Werkhoven.
When we arrived we saw that these two are very dedicated and not afraid to do a lot of the work themselves. We do respect people who are like that, but also show that they are in charge!
Seated in front of the audience we noticed that the crowd was ready for a long evening of making a lot of noice to show their support for their Beauty Queen. Luckily for us the host of the evening, the always so nice Liselot Tensen, asked the people not to use their horns anymore so we could not only see the show but also hear what the girls had to say.
The candidates were judged this evening by of course the president of Miss Beauty of the Netherlands, the always radiant Milou Verhoeks, the Queens from last year, Miss Intercontinental Netherlands 2017, Cathelijne Heppenhuis, the two presidents of the pageant and some sponsors. The judges had a hard task to pick just 3 winners: Miss Teen of Noord Holland 2018, Miss Intercontinental Noord Holland 2018 and Miss Beauty of Noord Holland 2018.
The three winners will go on to he finals of Miss Beauty of the Netherlands later this year to battle for the national crowns. 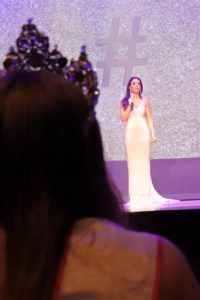 The show started with a spectacular dance where the girls showed their skills. We noticed that some of the girls were indeed very nervous. Like the Miss Beauty of Zuid Holland, the girls were introduced first, then the swimwear competition, the evening gowns and the hash-tag round. As the Miss Earth pageant is the main title for the girls to win, most of the hash-tags had to do with the environment or the girls turned the hash-tag into something about the environment. We learned a lot during this round, like that Photoshop is very important and we should be happy that it was invented and that fake fur is as beautiful as real fur. Some of the Teens really seemed to have some problems with the hash-tags and responded with just one line.

After all the rounds were done and all te subtitles were announced, the points were added by the judges and we soon would have three more beauty queens for 2018. 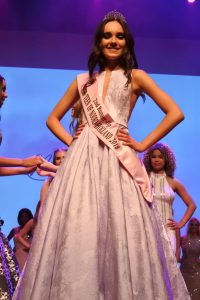 For us some of the girls really stood out.
For the Teens we were very impressed by the 17 years old Serena from Badhoevedorp. Although we did not have her in our predictions, for us she was absolutely the one to beat with a very impressive body and catwalk skills. She has that beautiful classical face that you have to look at. She won two very important awards: The Miss Charity award and the Miss Popularity award.
Michelle, 2rd runner-up in our predictions, did not disappoint us with a very professional attitude during the finals.
Our choice for Miss Teen at the predictions, Jennifer, showed that she was indeed very beautiful but she also was very nervous during the show and that could have lowered her changes.

For the Beauty of Noord Holland we had our eye during he finals on Nina. We predicted “just” a 2nd runner-up spot but she really rocked the stage and for us she was the real contender for the crown.
Claudia who was Miss Africa Netherlands two years ago also impressed us as she made it look so easy to do pageants. She was radiant at all competitions and she maybe lost herself in the hash-tag round, she was there to win!
Our prediction, Irini, did an ok job during the finals, but the group was quite strong and just ok isn’t good enough to be in the top of this pageant.

The results were as follows: 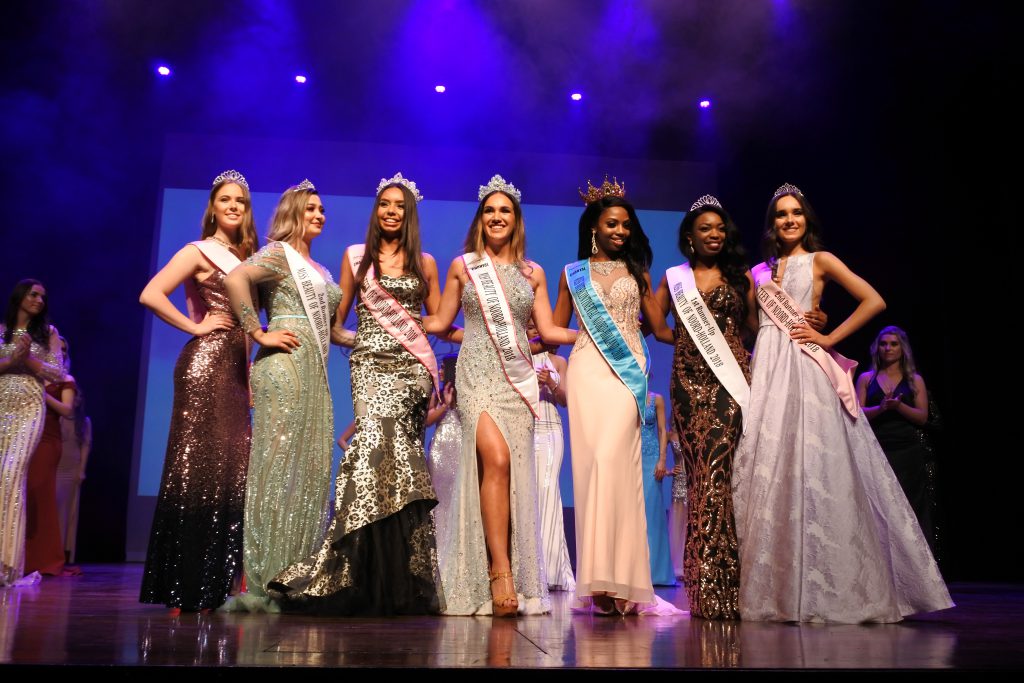 The other special awards:

Both Miss Teen and Miss Beauty had done a real good final and made an overall good impression on us. 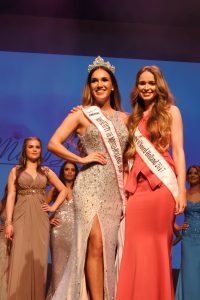 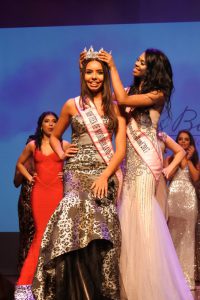 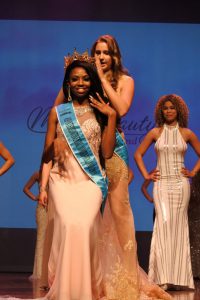 A lot of thanks and also a job well done to Nadine and Jeanine. And of course to the always beautiful Milou!