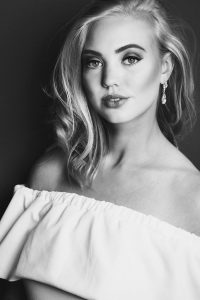 Last year Femke van de Hazel tried her luck at the Miss World Netherlands pageant but she failed to make the top 5. Now she had been asked by the same organization to represent the Netherlands at the Miss Tourism Queen International 2018 pageant.
Once one of the biggest pageants in the world with 113 participants in 2008 is not as big as it was 10 years ago. In those days it was one of grand slam pageants in the world but they lost thats status when the pageant wasn’t annual anymore.
In 2015 the Netherlands won the pageant with the lovely Nathalie Mogbelzada and the last pageant held in 2016, the dutch Tourism Queen was Kimberley Ijsbrandij, who made the top 10.
We hope Femke will do well in the pageant, We wish her all the best of luck.