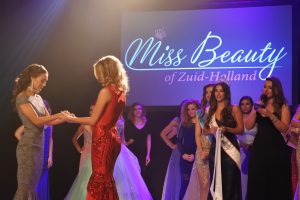 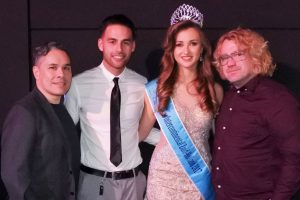 After a sparkling opening, the girls were presented by the evening’s host Kim Schurink, Queen of the Benelux 2011, during which they showed their cal talk skills. After a quick change into swimwear of their own choice, the girls took the stage and showed how confident they are, accompanied by the young talented DJ Julien Romeo, who was also a member of the jury

The first subtitles were announced at the end of this segment:
Miss Photogenic was Fenna Giullia
Miss Media was Zoë Loen
Miss Sports was Emelië
Miss Popularity was Adiëlle Andreïna

After the first break, the girls graced the catwalk in evening gowns by Nora dresses.
The previous queens also had their final walk during the last segment and they shared with us their experiences from the last year.
The final round of competition was the hashtag-round, where the girls had to choose 1 out of of 2 hashtags on a card, and react to this subject. This is in preparation of the Miss Earth pageant where the winner of Miss Beauty of the Netherlands will represent our country.
The girls were then gathered on stage for the announcement of the remaining subtitles:
One of the sponsors was very generous to hand out 5 prices to 5 contestants one of these 5 also got the title of Miss Mariska O 2018. The winner of this title was Jill Hermans.
The venue of the pageant also chose their own queen, Miss World Wings Hotel 2018. The winner was Eliza Hollevas.
Besides the 3 main titles, the most important subtitle is Miss Charity. The girls gathered money for the Linda Foundation, this foundation provides people who don’t have that extra in their life with this sparkle in life. There were 3 contenders for this subtitle: Jill, Joëlle and Ayla. This year it was Ayla Tulling who was crowned.

In the final break the scores were counted and the public was discussing who would win the main titles.
Who were the girls who stood out for us:
First let’s take a look at the teens.
Quishantely, who was our pick for Miss Teen, absolutely did not disappoint us at all, and stood out in this group of contestants. We were not sure if this was the best dress for her in this final.
Zoë was 2nd RU in our predictions, and she was as sparkling as we expected, and she moved very well on stage.
Tess was 3rd RU in our predictions, she seemed very nervous, but she was a strong contestant on stage, with a radiant personality and a model look face and body.
Another blond, who we did not have in our list, and who we didn’t recognize at first, was Demi, who on stage had the looks of an international beauty-queen, and showed very confident.
The teen who surprised us and really bubbled on stage was Emelië.
And for the beauties…
We saw a strong, thorough and very poised Milenka Janssen, who is an experienced international beauty queen, and that shows.
The one who came to conquer one of the crowns was Jill Hermans, she did her homework and showed us what we would expect from a beauty-queen. Maybe in the eyes of dutch people it could look over the top, but many international beauty queens are trained to be like this.
Valerie was the one who was last on stage in every round, who lingered in our mind. This law student is a real latina and as we expect, knows how to move on stage and capture the audience with her radiant performance.
Alicja stood out as she had a great catwalk and she impressed the audience with her verbal skills and strong face. 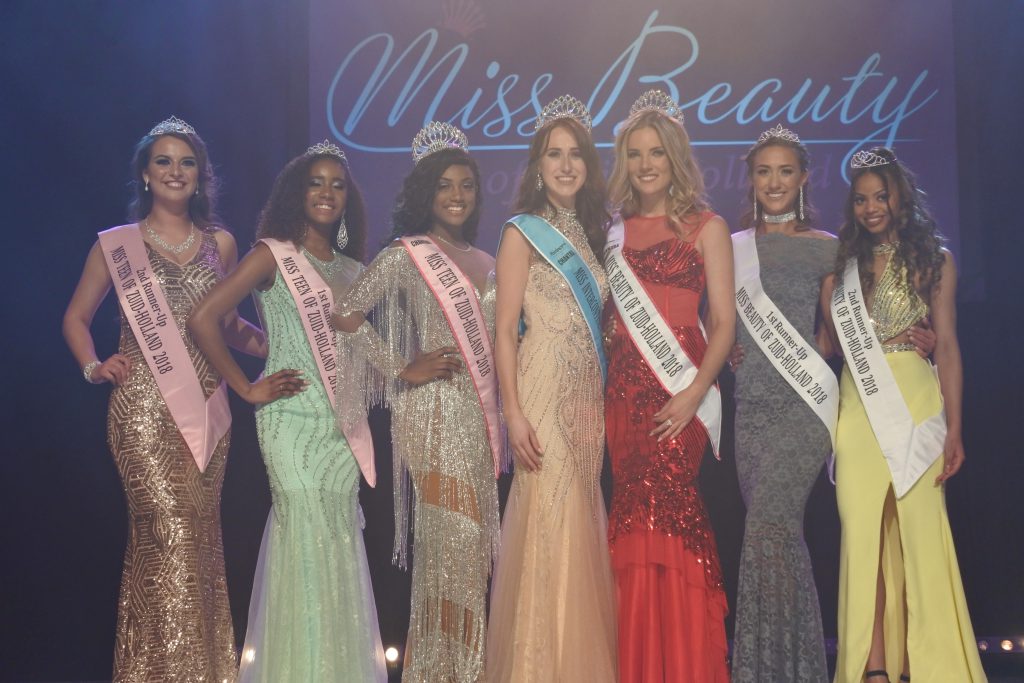 And there they are, the crowning moments we have been waiting for: 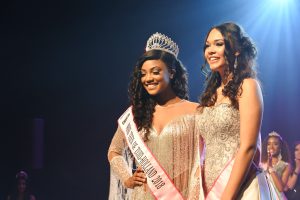 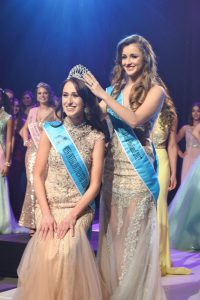 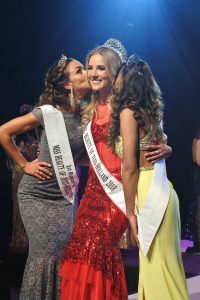