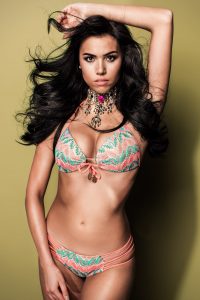 After weeks of intense preparations the four girls who competed for the title of Miss Earth Netherlands came together in Amsterdam to have their final photoshoot. During the day the girls were also interviewed and they had to tell the judges about a project they would like to do if they would be crowned Miss Earth Netherlands.
The jury had a hard task as the group was very strong and all could be a terrific Miss Earth Netherlands 2016. In the end they chose Deborah van Hemert and she was crowned by Robin of 12 Months of Beauty.

Deborah is a 20 year old girl from the little town Heinkenszand from the province of Zeeland. She runs her own beauty Salon and also works part time in the family business of her parents. She rocked the photoshoot by Johnny ten Have and was noticed because of her latina look and sweet and down to earth attitude.
She will be prepared for the international finals that will take place later this year.