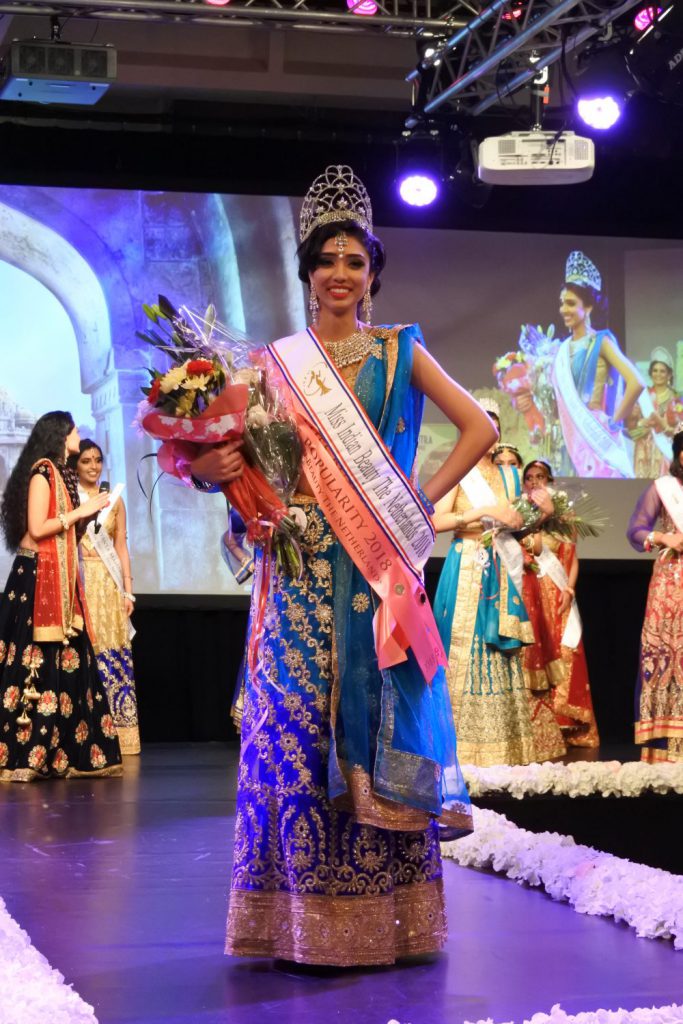 For the 4th time Miss Indian Beauty the Netherlands was held. The winner of this pageant goes to the Miss India Worldwide pageant. Miss Holland Now was represented for the third time intros pageant as Robin was one of the 4 judges.
There were 8 finalists who had to show themselves in 5 different rounds of competition including a pitch and two interview rounds, one in dutch and one in english.
A few weeks ago the preliminary round for the best in talent was already held and gave the final show 3 finalists: al three showed a mixture of modern and traditional Indian dance. This round wasn’t part of the final judging.

After 6 hours of competition it was Rashida Badrudin who didn’t only win the Miss Popularity and the Miss Business awards but she was also crowned Miss Indian Beauty the Netherlands 2018 by Miss Indian Beauty the Netherlands 2017, Erisha Ghogli. Rayshree Soekhoe and Oervashi Raghoedat-Panday were crowned 1st and 2nd runner-up.
Yasmin Ishaak, who didn’t make the top 3 won the Miss Photogenic and the Miss Talented award.

We would like to congratulate the winners and the organization.