The modern Miss Universe pageant started in 1952 in Miami Beach, Florida. The Netherlands didn’t participate in the first 4 pageants but started to participate in 1956. We will look back to all those beautiful dutch girls who had the honor to represent our country in the most covered beauty pageant in the world. What will the era of the hippies and the fower-power bring for the dutch beauty queens? As the Miss Universe organization was looking more and more for model like beauty queens, the Miss Holland comity tried to look for the same, especially in the beginning of this era. 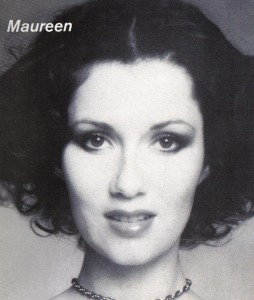 She is considered one of the most beautiful women to become Miss Holland: Maureen Renzen. Before she went to the Miss Universe in Miami Beach Florida, she went with other Miss Universe participants to Japan to visit the World exhibition where there was also an election of the  Queen of the Exhibition. The winner of that election was Miss Malaysia.
From the minute she set food on the american soil Maureen was a favorite for the Miss Universe crown. When the results were announced of the top 10 in swimsuit after the preliminaries and Maureen was one of them, hopes were high for a first Miss Universe from the Netherlands.
Unfortunately Maureen just missed the semi-finals in the end. The Miss Universe and the Miss Expo in Japan were the only two international pageants Maureen represented the Netherlands at.
After the pageant she went on to become a popular glamour model and posed for magazines like Playboy, Penthouse and LUI. She even went on tour to promote the US Penthouse.
in the 80’s Maureen was a judge in many beauty pageant and she started her own modeling agency. 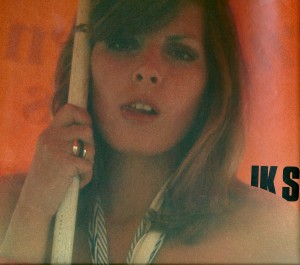 When Laura won the Miss Holland pageant she was already Miss Zandvoort, a pageant held in her birthplace. Laura was a very sexy Miss Holland and worked as a model. She would represent the Netherlands at the Miss Benelux 1971, the Miss Europe 1971 and the Miss Universe 1971 pageant. She won the Miss Benelux pageant. At the Miss Europe pageant in Tunis, Tunesia she was 4th runner-up.
The Miss Universe pageant was held, like the years before, in Miami Beach, USA. Laura made a big impression and was a favorite of many but unfortunately  not of the jury, she did not place. After the pageant she was happy to continue her job as model and would model all around Europe. 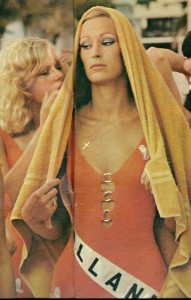 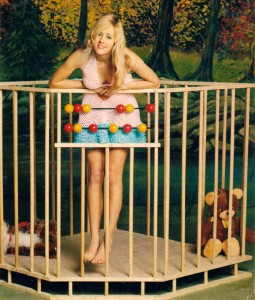 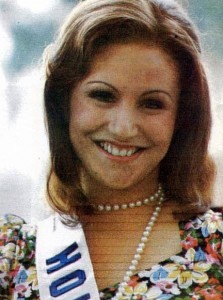 Like in 1973 the Miss Holland finals were broadcasted live on television. Many believed that the competition would be a battle between Tilla van Mullekom, Geralda Balm and as outsider Nicoline Broeckx. When the final results were called and Geralda Balm became 1st runner-up the press believed that Tilla would be crowned Miss Holland 1974. The press already had voted Tilla as Miss photogenic.  Not Tilla but Nicoline won the crown and the right to represent the Netherlands at the Miss Universe pageant in Manila, Philippines.
Geralda and Nicoline both went to the Miss Benelux pageant and there the results were turned around as Geralda won the Miss Benelux 1974 pageant.
The Miss Universe pageant in Manila was one with many favorites, some say there were at least 20 girls who could be crowned during the coronation night. Nicoline was one of the large group of favorites.
In the end she did not place as one of the semi-finalists.