The modern Miss Universe pageant started in 1952 in Miami Beach, Florida. The Netherlands didn’t participate in the first 4 pageants but started to participate in 1956. We will look back to all those beautiful dutch girls who had the honor to represent our country in the most covered beauty pageant in the world. The second part of the 70’s were successful for some beauty queens but also there was a lot going on in the next 5 years… 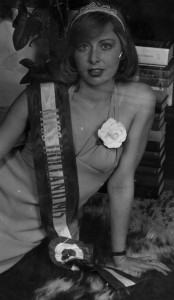 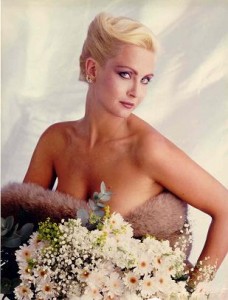 Nanny Nielen was given the Miss Holland crown when Lucie Visser gave up the crown after the Miss Europe pageant, where she placed as 2nd runner-up. Nanny was the original first runner-up but as Lucie gave up, the first runner-up takes over the crown. Nanny was already preparing for the Miss Universe pageant in Hong Kong, as Lucie would not only go to the Miss Europe pageant, but also to the Miss International pageant in Japan and not the Miss Universe pageant.
For Nanny it was her second international pageant as she already had represented the Netherlands at the Miss International pageant in 1975 where she placed as a semi-finalist. Hopes were high and many believed she could become a semi-finalist, but in the end she just missed the semi-finals.
Nanny would also go to the Miss World pageant in Londen, in 1979. She is the first beauty queen to represent the Netherlands at al big three pageants: Miss International, Miss Universe and Miss World. Nanny is nowadays still busy in the world of beauty pageants as a judge, a coach and she is called the mother of all dutch misses. 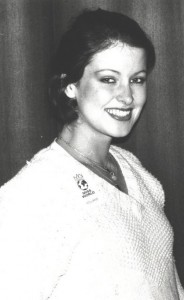 For the first time the Miss Holland Committee lost the licenses for the most important pageants to Corine Rottschaeffer, Miss Holland 1957 and Miss World 1959. In 1977 the pageant was a cooperation  between Corine and the dutch newspaper de Telegraaf.
The winner was Ineke Berends, a nurse who also worked as a model. Ineke would represent the Netherlands at the Miss Universe 1977 and the Miss World 1977 pageant. Her first stop was Santa Domingo in the Dominican Republic where she would try to win the Miss Universe crown. Ineke was one of the big favorites to win the first Miss Universe pageant for the Netherlands. According to websites like Global Beauties Ineke has one of the most striking faces in the history of the Miss Universe pageant.
So it was no surprise when Ineke was called out as a semi-finalist. She was very nervous and it seemed that she didn’t feel very comfortable during the semi-finals. Unfortunately she did not make the the finals.
Later that year she seems more relaxed during the Miss World pageant and she just mist the Miss World crown as she ended 1st runner-up. 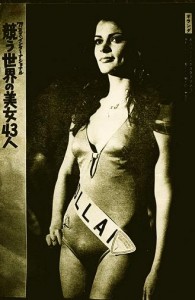 For the second year in a row, it was Corine Rottschaeffer who organized the Miss Holland pageant. There are some familiar participants in the competition who already had their experiences in national and international pageants. But the two girls who made the top 2 were newcomers in he world of beauty pageants.
Miss Holland 1978 was won by Karin Gustafsson, a secretary from Rotterdam. She went to 2 international pageants. Like Ineke in 1977 she went to the Miss Universe pageant in Mexico and later that year she went to the Miss International pageant in Japan.
In Mexico she was noticed by the press and the photographers. She was also a favorite of the jury as she made the semi-finals. It was the first time the scores of the finals were revealed during the live show on television.
One of her friends during the pageant was Miss South Africa, Margareth Gardiner, who would be crowned Miss Universe 1978 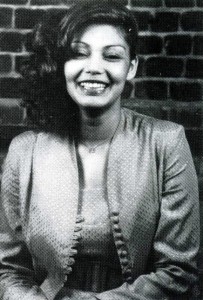 The Miss Holland Committee who was responsible for the dutch beauty queens for the international pageants until 1976 got back the licenses after a 2 years.
Miss Holland 1979 was won by Miss Zuid Holland 1979, Eunice Bharatsingh. She would only represent the Netherlands at the Miss Universe pageant in Perth, Australia. For the first time the scores from the preliminary swimsuit competition were shown during the swimsuit presentation on television. This score indicates that she just missed the the semifinals as she had had placed 13th in a group of 75 participants.
Eunice would gain a little fame as she got married with the famous dutch boxer Rudy Koopman, who was the european boxing champion for 5 years in the early 80’s. The two later divorced.