The modern Miss Universe pageant started in 1952 in Miami Beach, Florida. The Netherlands didn’t participate in the first 4 pageants but started to participate in 1956. We will look back to all those beautiful dutch girls who had the honor to represent our country in the most covered beauty pageant in the world. We start with the 50’s…. 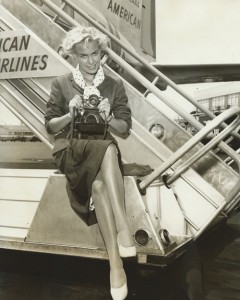 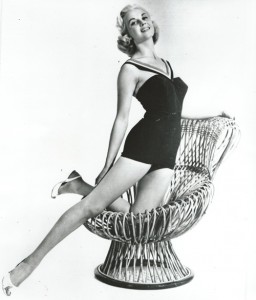 In may 1957 Corine Rottschaeffer was crowned as Miss Holland. Like her predecessor Rita, she would represent the Netherlands first at the Miss Europe 1957 pageant and afterwards at the Miss Universe 1957 pageant.
But Corine never arrived in Miami Beach in 1957. There was a nice reason though: In june of that year, Corine was crowned Miss Europe and her schedule became to busy to travel to the USA. Instead she was allowed to go in 1958. No other girl was ready to go in 1957, so there was no Miss Holland in the Miss Universe 1957 pageant. Funny detail: In both Miss Universe program books of 1957 and 1958 there are pictures of Corine as Miss Holland.
In 1958 Corine was an early favorite to win the Miss Universe pageant together with beautiful European girls from Germany, Italy, Denmark, Polen, Engeland, Greece and from the Americas: Brazil and Peru.
The dutch press was very happy when first Corine won the Miss Photogenic award and after that she was also called as one of the 15 semi-finalists. When she made the top 15, the international press believed that Miss Holland had the best odds to win the title together with Miss Denmark and Miss Brazil. But Corine was left out of the top 5 and Miss Colombia, who was never a big favorite won the pageant.
One year later Corine replaced Miss Holland 1959 at the Miss World pageant and like the Miss Europe pageant in 1957 she won…. 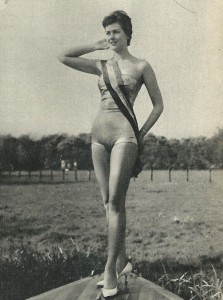