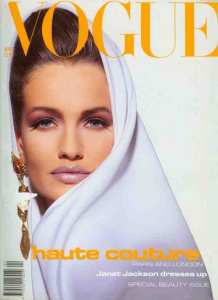 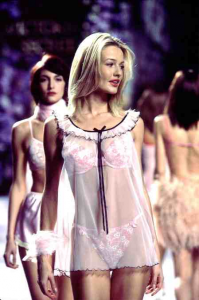 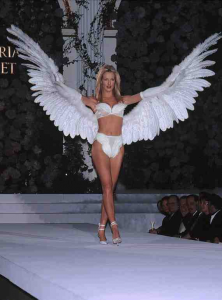 For our second Model Tuesday we go back to 1986, one year after Frederique van der Wal won the Elite Model Look, our first Model Tuesday. In 1986, Karen Mulder won the dutch Look of the Year. Like the two years before the dutch contest was organized by dutch Cosmopolitan.
At this third edition of the Look of the Year, Karen became 1st runner-up. In the 90’s she was one of the Supermodels that were probably even more famous than a lot of the actresses and singers at that time. Supermodels like: Naomi Campbell, Linda Evangelista, Claudia Schiffer and Cindy Crafword.
One of the first of Top Model a magazine produced by Elle, was completely dedicated to Karen and she even had her own Barbie Doll.
Unfortunately she could not handle her fame. At an interview in 2001, she did  with Thierry Ardisson for France 2, she claimed that many people tried to rape her, including Prince Albert of Monaco. The interview was never broadcasted. When she did made the same allegations  at another interview her sister came and brought her to a psychiatric hospital. Her family blamed it all to drugs.
After she got arrested in 2009 for threatening to attack her plastic surgeon, she keeps a low profile.
We hope she is living a happy and good life now. We will always remember her for the Super Model she was and still is… 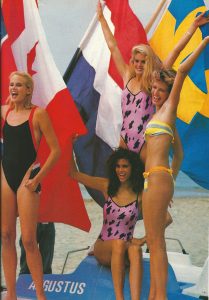 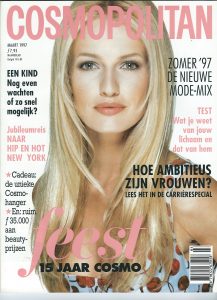