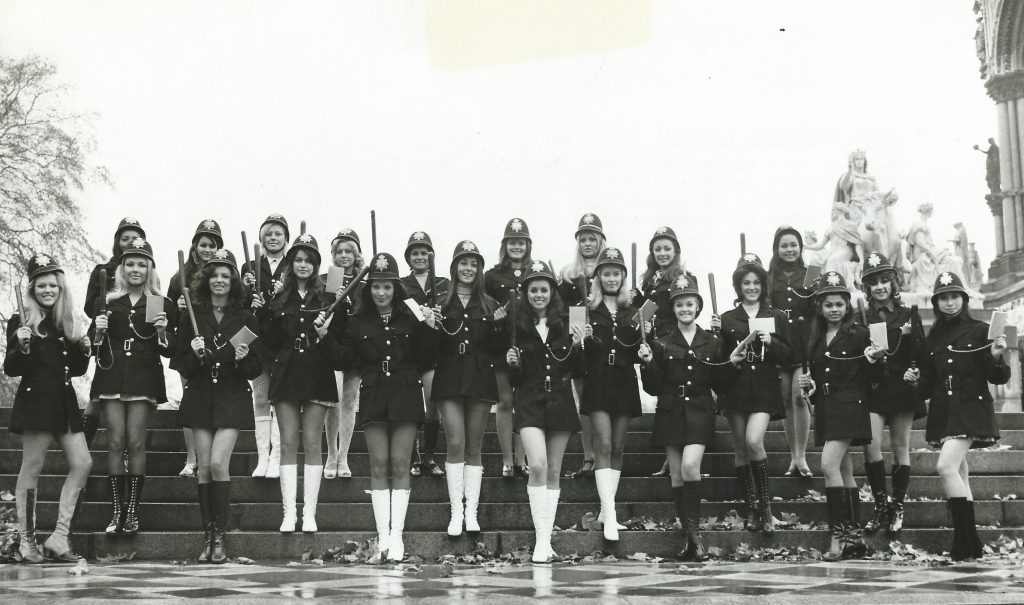 On the back of the photo it reads:

WHAT AN ARRESTING LINE-UP

If all London’s policemen looked like this, being arrested would become almost a pleasure. But these recruits to the force are only temporary. And for all their good looks, they do not have powers of arrest. They are twenty-two of the girls who have arrived in London to take part in the Miss World beauty contest on friday, november 20th. Indent even the regulation bulky blue of the London policeman’s uniform can completely conceal their vital statistics. The girls – who have been flying in from all corners of the earth for the pst few days – are to be guest of the City of London police at lunch on thursday and as a taste of things to come, the beauty squad went on parade… Wearing half a uniform each.
And every girls is hoping that she will be able to exchange her policeman’s helmet for the crown of Miss World.