Shauny Bult made the top 20 at Miss Grand International 2015 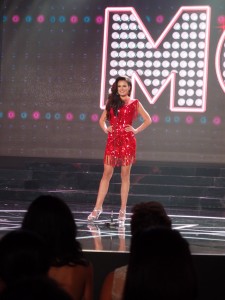 The pageant was won in the end by Miss Dominican Republic, Anea Garcia who was Miss Rhode Island at the Miss USA 2015 pageant.