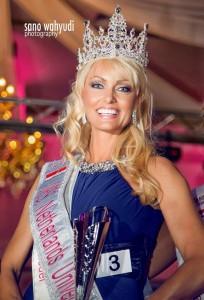 She was already 1st runner-up at the Miss Holland 1986 pageant and represented the Netherlands at the first ever held Miss Wonderland in 1987, where she was a semi-finalist: Sophia de Boer.