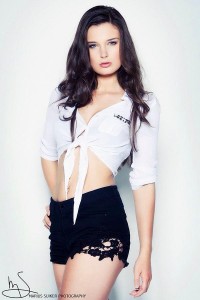 Miss Grand Netherlands 2015 is: Shauny Bult.
The 23 year old model and student of Built Environment and Real Estate from Boxtel will represent the Netherlands at the Miss Grand International 2015 pageant. She is the third girl to go this prestigious pageant.

Shauny is no newcomer to the world of beauty pageants, she already participated in the Miss Earth 2012 pageant and the Miss International 2014 pageant. Her first ever pageant was the Miss Brabant pageant in 2012 where she placed third. She was noticed by many as a real stunner.