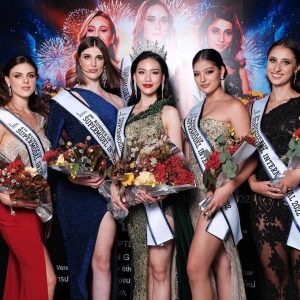 Supermodel Netherlands, Lotte Dirchs, was already crowned back in 2022, during the Corona pandemic. For 2 years she was focussed on the international finals who took place on september 15th, 2022.
And Lotte did a great job!already during the pre-pageant activities she won 2 awards: the Best Glamorous Catwalk Model Award and Miss Supermodel International Goldherb Award.
Many pageant watchers believed that she could take it all. And she almost did. Supermodel Netherlands became 2nd runner-up at the finals. For a Dutchie this is the best achievement at this competition. The Netherlands have already several award and placed on 3 occasions. In 2018, Janice Babel became the 4th runner-up.
The National directors, Robin and Stefan from 12 Months of Beauty, showed again that they know who to send to this very nice competition.