They made it, part 7: Karin Gustafsson 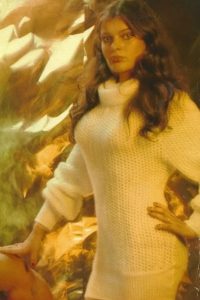 For the second in a row did Miss Holland made the semi-finals at the Miss Universe pageant. Karin was, like Ineke Berends in 1977, a beauty queen from the two Miss Holland pageants that were organized by Corine Rottschaeffer.
In Mexico, where the Miss Universe pageant took place in 1978, she was noticed by the press and the photographers. The gorgeous Miss Holland was also a favorite of the jury as she made the semi-finals. It was the first time the scores of the finals were revealed during the live show on television.
One of her friends during the pageant was Miss South Africa, Margareth Gardiner, who would be crowned Miss Universe 1978.
After her reign as Miss Holland she moved to the the beautiful island of Ibiza. Her lovely daughter, Jaeli, represented the Netherlands at the Miss Tourism International pageant in 2012 in Malaysia.