Will she be Miss Grand Netherlands 2017…? Bente Vrieling

Who will she be? There are 8 just incredible woman who participate in te pageant. We will introduce them to you one by one, starting with…. 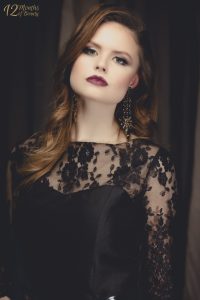 Bente is 18 years old and lives in the city of Assen, in the province of Drenthe. Assen is famous for it’s TT races, which are held at the circuit of Assen every year. In the week before the races there are many festivals and during one of those festivals  Miss TT festival Assen is crowned at a pageant in the open air, visited by thousands. Robin and Stefan of 12 Months of Beauty have been involved in this lovely pageant since the start of it.
In 2016 Bente Vrieling became 1st runner-up and Robin, who was one of the judges was very impressed by this lovely girl and gave here a wildcard for the Miss Grand Netherlands 2017 pageant.
She is a student of legal services in Groningen. Besides being a student she also does work as a model and loves to dance. One of her ambitions is to go to Spain and help the neglected animals like dogs and cats.
Another one of her ambitions is to bring people together by showing them their similarities instead of their differences. The crown of Miss Grand Netherlands will certainly help her on her way….