Who will she be? There are 8 just incredible woman who participate in te pageant. We will introduce them to you one by one, here she is: 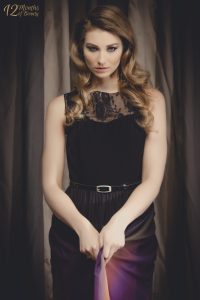 Jeanine de Vries, 25 from Waddinxveen is not only participating in this years Miss Grand Netherlands pageant, she is also the current Miss TT Assen and Supermodel Netherlands. Robin gave Jeanine a wildcard for the Miss Grand Netherlands pageant right after she was crowned Miss TT last year. Robin was one of the judges at this big event.
She is very busy at this moment as she is preparing for Miss Grand Netherlands 2017 and also for Supermodel International 2017. Supermodel International will be held in April in India.
Jeanine is working in an orthodontics practice as a medical secretary. Her ambition is to become an actress and in the future she hopes to become a good mother. She always hopes to get the best results out of the intended targets.